A couple of weeks ago we shared a story here about the dangers of numerous brands of teething gels. One popular brand has now been removed from shelves, and here’s hoping it’s the first of many.

Use of any teething gel not recommended

SA Health released a statement via Facebook earlier this week, explaining that the popular Women’s and Children’s Hospital (WCH) Teething Gel product had been removed from sale.

“As of 21 May 2019, the Women’s and Children’s Hospital (WCH) Teething Gel is no longer available for purchase,” SA Health said.

“The WCH Teething Gel contains lidocaine, which is no longer recommended for infant teething pain.”

Lidocaine is a mild anaesthetic found in some teething products. Some other teething preparations contain a numbing agent called benzocaine. Neither are recommended for children.

“Today, we have released new teething advice which no longer recommends the use of mouth gels for teething infants,” Women’s and Children’s Hospital (WCH) deputy pharmacy director Usha Ritchie said, the ABC reports.

“International and Australian … organisations warn against using the local anaesthetic lidocaine in products for infant teething. As lidocaine is the active ingredient in the WCH Teething Gel, it will no longer be manufactured or available for sale.”

SA went further than that, advising parents not to use teething gels at all.

“SA Health no longer recommends the use of any teething gel for infant teething.” their Facebook statement says. 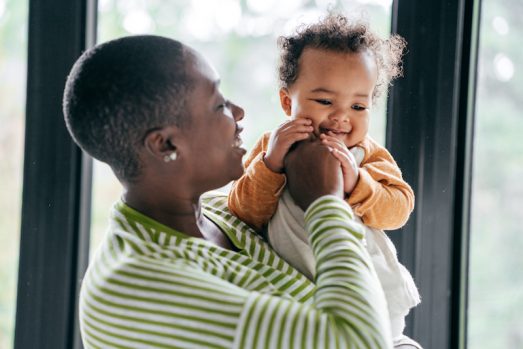 Last month NZ mum Jessica Vermun’s baby girl almost died from ingesting too much teething gel and her case sparked a renewed discussion about the nasty chemicals in these preparations.

One popular one in particular – choline salicylate – is harmful to children and shouldn’t be given to kids aged under 16. But this chemical remains in many teething products for babies in Australia. 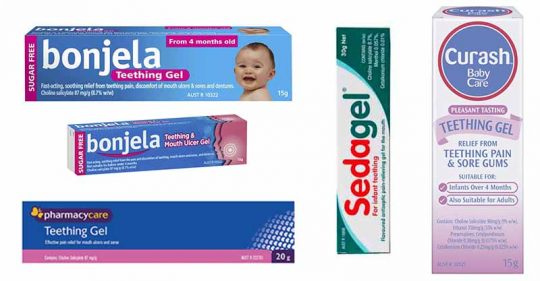 There was quite a furious response to the news that the WCH Teething Gel was off the market, with parents and carers upset that “one person” had caused this shift (i.e. the NZ mum.) But this is simply not the case. The ingredient SA Health are concerned about – lidocaine – is NOT even the same one that caused the NZ baby to fall gravely ill – choline salicylate.

What’s actually been happening is that companies have, for a long time, been creating and selling baby teething products that contain potentially harmful chemicals.

Bottom line is these relief-providing products might stop the pain, but they contain some very strong stuff that’s not ideal for babies and toddlers.

As of 21 May 2019, the Women’s and Children’s Hospital (WCH) Teething Gel is no longer available for purchase.The WCH…