We’ve all been here. A possibly peaky toddler and a huge day at work ahead. So how do you know when to keep your child home and when is a snotty nose childcare-friendly?

When is a child too sick for daycare?

Sarah Hunstead is a former paediatric nurse and director of CPR Kids, and Babyology podcast Feed Play Love chatted to her in the hopes of unpacking this curly question that vexes so many parents on the daily.

Sarah busted some myths about snot and when kids are infectious and told us why judging other parents for sending runny-nosed kids along to childcare is a bad idea. She also told us how to make that tricky decision when your child is not feeling 100 percent … to send or not to send.

When should you definitely NOT send them?

“If they have a fever,” Sarah says, “don’t send them to daycare. Definitely don’t dose them up and send them along, hoping for the best, because you’re very likely to get a call three or four hours later when it’s worn off and your little one is again feverish.”

It’s also important to note that childcare staff are then put in the tricky position of caring for a sick child while trying to provide appropriate care for several other children.

“Diarrhoea and/or vomiting are other exclusions,” Sarah says, as is hand, foot and mouth disease.

Sarah was quick to bust the myth that green snot = bacterial infection.

“It’s not about what colour it goes,” Sarah says of nose mucous. “People often believe that green means bacterial infection, antibiotics are needed, you can’t send them anywhere, etc. But that’s actually not true.”

“You need to look at your child,” she said. “Are they unwell? Do they have other symptoms? Are they lethargic?”

“If you look at them and go, ‘Oh, sweetheart, you’re not feeling well’ then don’t send them.” 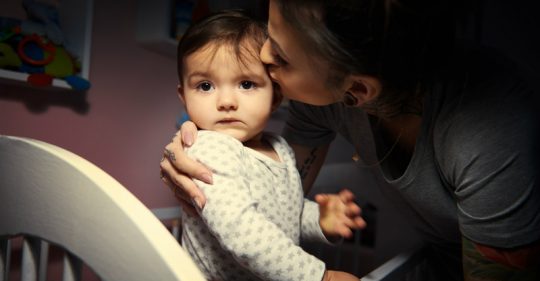 “Go into any online forum,” Feed Play Love host Shevonne Hunt told Sarah, “and you’ll see a parent complaining, ‘I kept my son home and then I took him to daycare and there was little Johnny in the corner with snot dribbling down to his chin. Can’t believe they sent him to school when I kept mine home.’

“Is there any way of knowing when a child is contagious or not?” Shevonne asked. “You said to look at the whole child. So if little Johnny is self-contained in his little snotty corner and he’s not spluttering everywhere, is there a chance that he’s okay?”

“There’s a chance,” Sarah said, “quite a large chance that little Johnny would have picked his nose at some stage and wiped it on the green dinosaur that everybody else is fighting over to play with. So little Johnny’s probably spread his diseases all over the place. But Little Johnny may not be spreading anything at all. He may not be contagious.” 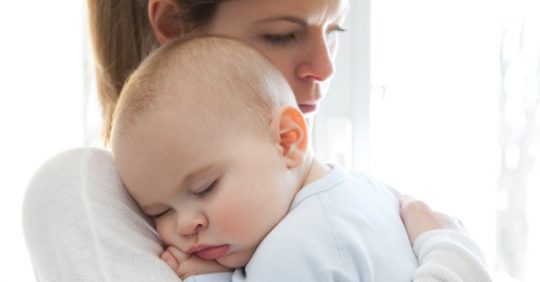 Sarah noted that your child might be equally at risk of catching something from a child who seems healthy and happy.

“You could have little Sophie, who is not showing any symptoms, yet but she is spreading her lovely infectious disease all over the place because that’s the nature of her illness.”

“So some illnesses can be spread before somebody even shows a symptom,” Sarah explained.

It’s good to note that all this germ-spreading and snot wiping is not all bad, she continued.

“We’re building up their immune systems,” Sarah said. “If it is just the occasional gastro and a few colds for the first few years of daycare I think we’ve gotten off lightly not to have any serious illnesses.”