Christmas is an exciting time of year for first-time parents, but it also means lots of – you guessed it – changes!

Christmas waits for nothing – not even a nap

Particularly when it comes to juggling your little one’s routine around all those fun social events that usually fall around nap time.

“We have a family function on Christmas Eve that starts at 6pm,” says Fiona. “Max normally goes to bed between 7-7:30pm. But because it’s a family thing I really have to go – what do I do?”

You have to go!

Given Fiona really wants to attend the family event, Chris suggests she look at what the family has planned for the two days over the Christmas period.

Help! My child is having night terrors 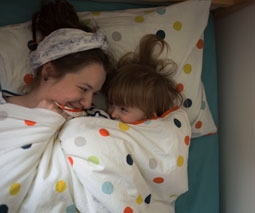 “Stop kicking me!” 8 stages of sharing your bed with your little one 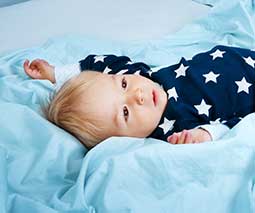 Fiona told Chris the family planned to have Max’s normal morning nap at home before heading to Christmas lunch. And she plans to take the portacot to settle him for the afternoon one, while they are out.

“Because your event is at 6pm, Max will be tired when you’re there,” says Chris. “The best way to work around this is to move his morning sleep back a little bit on Christmas Eve, this will push his afternoon nap a bit later too which means you’ll get a bit longer at the event.”

According to Chris, tweaking these day sleeps will ensure Max gets his daily rest and hopefully buy Fiona at least two hours of fun at the Christmas event with her family.

“Don’t go anywhere, keep all his naps at his normal time and give him the chance to catch up on the changes of the past few days,” says Chris.

With all these preparations in place, Christmas Eve should be a win-win.

“Just be prepared to leave when things get hairy – and Max will let you know when he’s ready, “says Chris.

Best get that glass of champers in early, Fiona!