Finally, science has proven what we already knew: late stage pregnancy sucks and we need more personal space, so please, do not touch our bumps!

The new research, published in the journal Scientific Reports, shows that women undergo a “significant mental as well as physical change during the late stages of pregnancy”.

Ask any woman in her third trimester who can’t get comfortable, while suffering insomnia and heartburn at 3am, if she’d like a cuddle and you will likely get your head bitten off.

Yes, yes, some of us get to enjoy the luxury of glowing while on our pregnancy journey, quietly thrilled at the wonder of it all. But there comes a point where this fades to just being over it and feeling like a beached whale, with itchy skin.

The Department of Obstetrics and Gynaecology at Addenbooke’s Hospital carried out the revealing study and found that heavily pregnant women’s need for personal space grows with their baby. 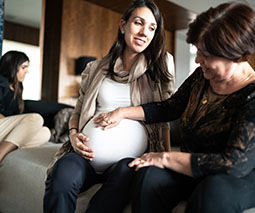 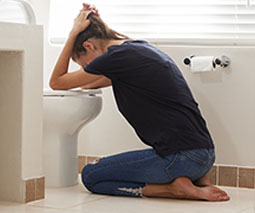 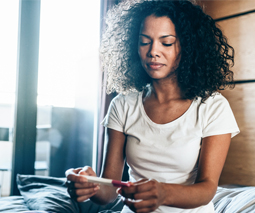 They discovered that we don’t actually want anyone touching us, like strangers at the supermarket who somehow think it’s OK to rub our tummies.

They refer to our need for personal space, particularly in the third trimester, as a “space bubble” and geez, we wished this actually existed.

“This is the area immediately surrounding the body that our brain constantly monitors, as it is where the majority of interactions with the external world occur,” reports Science Daily. As for how much space, the scientists worked out this is about an arm’s length.

To come to this groundbreaking conclusion, the researchers measured ‘peripersonal space’ during pregnancy using an audio-tactile test.

As well as testing women who were not pregnant, the scientists tested pregnant women in their second trimester when their baby bumps were beginning to pop (around 20 weeks) and during the third trimester (approximately the 34th week) when we feel like we might explode, and then around eight weeks post-partum.

The study found that our sense of wanting personal space expands like our bellies, and it’s during the third trimester of pregnancy that we need it most.

No changes were observed for the women in the earlier stages of pregnancy or those who had had their babies.

“Pregnancy involves massive and rapid changes to the body both externally, as the body suddenly changes shape, and internally, while the fetus is growing,” is how the study’s lead author, Dr Flavia Cardini, explained it.

“Our results suggest that when the body undergoes significantly large changes, at the stage when the abdomen is clearly expanded, the maternal brain also begins to make adjustments to the space immediately surrounding the body.”

As to why this change in personal space occurs, the researchers have put it down to us looking out for our babies.

“Peripersonal space is considered a ‘safety bubble’ and it’s possible that the observed expansion of this at the late stage of pregnancy might be aimed at protecting the vulnerable abdomen during the mother’s daily interactions. So as the mother’s bump grows, in effect the expanded peripersonal space is the brain’s way of ensuring danger is kept at arm’s length,” said Dr Flavia Cardini.

That, and we might also be feeling a bit over it and don’t want to be touched. Maybe not just when we’re pregnant, either. Maybe touching a woman you don’t know very well is weird at best, and at worst, a violation of boundaries.

So if you must touch, ask first – and make sure we are not that far along.