There is no doubt that social media and its instant availability has changed the way we engage with the outside world. As the popularity and influence of sites such as Facebook continue to grow, few can argue that these are not among the most important tools for social contact in the modern world.

The pros and cons

At any time of life, whatever we may experience, social media has become a platform to reach out to others going through the same thing. Pregnant women, for example, can reach out to other expectant mothers who are due to give birth around the same time as them, and track each others’ progress, problems and proud moments, providing support along the way.

However, there is a downside to this constant, carefully selected communication. High levels of Facebook use have been linked to increased depression, anxiety and poor life satisfaction, with those who use it a lot finding their mood decreases afterwards.

It’s very easy to see why this is the case: Facebook isn’t reality; it’s made up of usually carefully constructed highlights of people’s lives. Posts are all about the latest parties, purchases and happy relationships, and less about sitting home alone on a Friday night in your pyjamas. Even if deep down we realise Facebook is a false presentation of the world our peers live in, the risk of making negative self-comparisons is still high.

One of the biggest negative impacts of Facebook is the increase in body image dissatisfaction, as users compare themselves to the literally billions of perfect photos of celebrities and our peers available to us with just a few clicks. Some might argue that these photos have always been available through traditional media, but social sharing sites make them more accessible. More than ten million photographs are uploaded onto Facebook worldwide every hour, offering immediate availability of new images that far surpasses that found in any magazine.

The issue, of course, is that many of these photos aren’t real. We are viewing images that are carefully selected, posed, filtered or altered in some way: Photoshop is no longer confined to magazines or professional websites, with a simple app, a person can rapidly change their image to become their own ideal.

Poor body image is not a good thing at the best of times: it can lead to low self-esteem, damage relationships and increase the risk of poor health. Though often assumed to be a problem for mostly teens and young women, body image dissatisfaction can be a problem for women of all ages – even during pregnancy.

10 things you should totally milk when pregnant 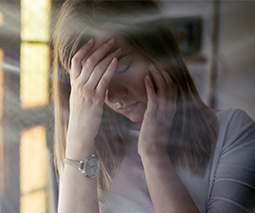 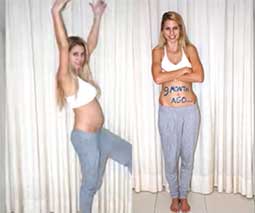 The funny pregnancy in 1,000 pictures video that we can’t look away from 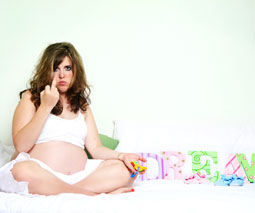 Pregnancy is, of course, a time of big changes to the body. Add to the growing stomach, sickness, heartburn and sore breasts and it’s no surprise that it is an uncomfortable time in a woman’s life. But while pregnancy was once viewed as an excuse to “eat for two” – which, incidentally, wasn’t a good thing either – growing numbers of pregnant women are now trying to limit the amount of weight they gain in a bid to get the “perfect” body.

What the research says

In a recent study exploring pregnancy body image, we found that over half of the 269 women we surveyed had concerns about what their pregnant body looked like, how much weight they had gained and what their body would look like afterwards. Only a third “loved” how they looked or felt confident about their pregnant body; the rest worried about their changing shape and felt they were gaining too much weight.

Potentially this trend could be caused by lots of factors, but our frequent and carefully constructed use of social media isn’t helping. Our research found that the more pregnant women used Facebook, the greater their body dissatisfaction, and the more likely they were to try and limit how much weight they gained. Directly, two-thirds of women who used Facebook stated that they compared their body negatively to other pregnant women and celebrities using it and that seeing photos of other pregnant women increased their dissatisfaction with their body.

The frequency of this dissatisfaction and attempt to limit weight gain is of concern for both the physical health and well-being of mum and baby during pregnancy. Gaining too little weight increases the risk of low birth weight, premature birth and even miscarriage, and is associated with a drop in self-esteem in itself. Research has also shown that when mums have poor body image during pregnancy they are also less likely to breastfeed which can further increase the risk of health issues for mum and baby.

Deep down most people know that we only put our best photos on Facebook and many useful apps to alter their photos, but this isn’t always clear. Pregnant women are increasingly feeling the pressure to conform to a slender ideal at a time when weight gain and body changes are not only normal but part of helping their baby grow and develop.

Women’s changing shape during pregnancy and what this represents is something to be treasured. Forget “eating for two”, the world needs to realise that women are living for two and that the true beauty in this lies in the stretch marks, wobbly bits and swollen ankles – whether that looks “good” on social media or not.

Amy Brown, Associate Professor of Child Public Health, Swansea University. This article is republished from The Conversation under a Creative Commons license. Read the original article.