This mum had hoped her daughter’s name would seem unique, but when it proved less niche she pondered some very drastic action.

“Really upset by this”

The woman posted to popular forum Mumsnet, noting that her daughter is now four years old and a name she once thought was unique is proving less so. This mum grew up with a name that she shared with a few other girls in her class, and apparently scarred by the experience wanted something else for her child.

To add insult to apparent injury, the own little girl is destined to start primary school as one of three girls with the same or similar names in her class.

“Totally hacked off and really upset by this,” the annoyed mum wrote. “Maybe an over reaction but in the 1970’s I was one of 5 named the same in my class and vowed never to have my [kids] live with the same.”

Should I change it?

She asked whether she should “change [her daughter’s] name before September? I love her name but HATE it’s so common now.”

What’s the gosh darned name? you must be asking. It’s Esmée. WE KNOW!!!

“[Her] name is Esmée and I’ve lived through this. I can remember my whole junior/secondary school time being coloured by the fact that so many of us had the same name,” the apparently traumatised mum elaborated. “I changed it as soon as I could because of that reason. Every time I hear my real name I shudder … And yes my father is French.”

The Mumsnet community was harsh but fair in their responses.

“Are you crazy? She’s 4! You can’t change her name. Your daughter won’t mind being one of three. She is her name now, it belongs to her.”

“Don’t be ridiculous you can’t change a four-year-old’s name! How on earth would you explain that to her? What happens if you change it and then next year there’s a new girl with the same name? Or several girls with the same name in high school?”

“She’s not a bloody puppy! You cannot change a four-year-old’s name! You will confuse the hell out of her. It’s a lovely name, it really doesn’t matter if others are called it too.” 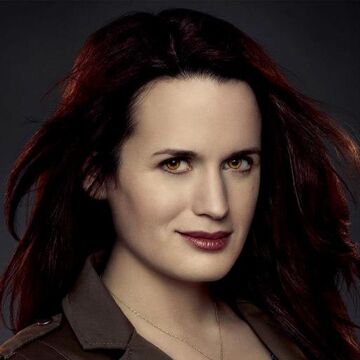 Many pointed out that the name Esme is not uncommon, and is having a fresh revival thanks to the Twilight books and films. They thought that this mum might not have done her ‘rare name research’ very well. (FWIW, this mum says her child’s name was most definitely NOT inspired by Twilight!)

“I know three Esmée’s, all in their teens. I thought it was a pretty common name but there’s nothing wrong with that at all. All my three have very straight-laced/top 10 forever type names.” #ForeverNames4Life

Someone else thought forever names were negotiable, and was all for changing things up in any way you like.

“Of course you can change her name,” the woman posted. “She’s only 4, but do it before school.
I’ve changed a dad’s name, absolutely fine. And a friend changed her son’s name just before he started school.” Wait. WHAT?

This comment was much more sensible – and gets our vote for best response:

“If your school years were so affected by the fact that others had the same name as you OP, I’d say the issue goes a bit deeper. Please recognise that and don’t put this onto your child. It is YOUR issue only and needs to stay that way. Beautiful name btw and not one I have heard for a long time.”