Hasbro has released what’s being dubbed the “feminist” version of Monopoly and it aims to shine a spotlight squarely on women and girls.

Ms Monopoly is the latest freshen-up of the popular board game and one difference is that women collect $240 when they pass “GO” while men collect the standard $200.

“This game celebrates women inventors as players move around the board collecting iconic things that wouldn’t exist without women,” its makers say.

Launching the game on Twitter, Hasbro explained that this update aims to raise awareness of gender equity, women inventors and encourage girls to aim high.

An excellent accompanying video campaign (below) appears to do just that, focusing on smart girls in science, technology and more.

A board game reboot

The game has other differences too. It features ride-share spaces instead of railways and there are also news tokens included in this set, including a white hat, a watch, a barbell, a goblet and a jet plane.

“With all of the things surrounding female empowerment, it felt right to bring this to Monopoly in a fresh new way,” Jen continued.

“It’s giving the topic some relevancy to everyone playing it that everybody gets a turn, and this time women get an advantage at the start.” 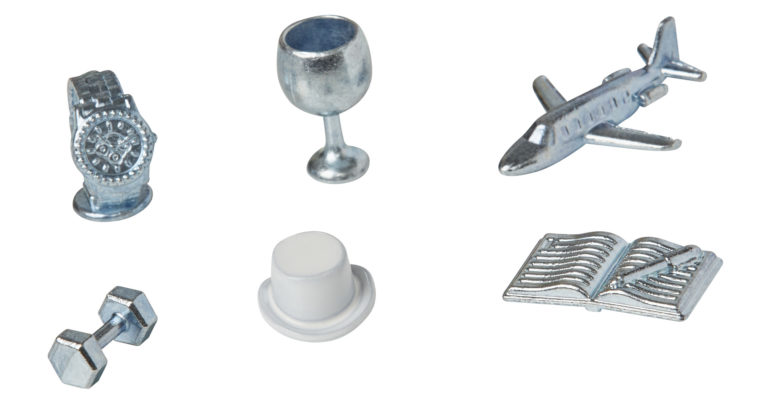 People on Twitter immediately needed to debate Ms Monopoly – which is currently only available for preorder from Walmart for around US$20 – very passionately.

“It’s going to be hilarious when a guy wins #MsMonopoly and even with a female advantage, they still lose,” one angry fellow posted.

“I will not be playing this game with my daughter. You are grandstanding. Why make a game that isn’t fair to everyone. If life is what we make it what about future generations? Or do I tell my son she gets more because she is a girl,” another cross-type posted.

“People are really mad at #MsMonopoly. Women really can’t have ANYTHING,” one woman tweeted.

And look, if Ms Monopoly encourages kids to think big and consider gender equity then it’s a good thing. And the naysayers can just play regular classic Monopoly!