Lego, the toy company that creates the things you can’t help stepping on in the middle of the night, has had a light bulb moment.

After commissioning a survey of almost 7,000 parents and children aged six to 14 from China, the Czech Republic, Japan, Poland, Russia, UK and the US, Lego found that while girls were willing to try a wider variety of sports and activities in their play time, the same could not be said of boys. According to a report from The Guardian, 71 percent of boys surveyed feared they would be made fun of if they played with ‘girls’ toys’ – worse, this fear was shared by their parents.

That means, yes, only 29 percent of boys were OK playing with ‘girls’ toys.

“Parents are more worried that their sons will be teased than their daughters for playing with toys associated with the other gender,” said Madeline Di Nonno, the chief executive of the Geena Davis Institute on Gender in Media, who conducted the research.

Part of a bigger problem

We can’t help but be reminded of another disappointing fact: that more parents are giving girls boys’ names, but not the other way around. 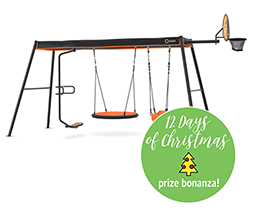 It’s true, feminism, equality and LGBTQ rights have become part of our mainstream conversations over the last decade, but it appears many of the boys – and their parents – have not received the gender diverse messaging.

Perhaps, rather than asking questions like “How do we support our girls without alienating our boys?”, we could instead explain to boys that it’s not a competition, and that freedom from patriarchal constraints and outdated traditions helps everyone – no matter their gender.

Change is on its way…’

Here’s the good news: Julia Goldin, the chief product and marketing officer at the Lego Group, told The Guardian that, in response to the research, Lego no longer labelled any of its products ‘for girls’ or ‘for boys’. On their website, Lego.com, consumers can no longer search for products by male or female gender. Instead, the website offers themes that it calls ‘passion points’.

“We’re testing everything on boys and girls, and including more female role models,” said Goldin. The recent Lego Con showcased female designers talking about the work they did, while Lego’s Rebuild the World campaign focuses on girls.

“Our job now is to encourage boys and girls who want to play with sets that may have traditionally been seen as not for them.”