Kate, the Duchess of Cambridge, is clearly a very devoted and committed mum — as most mums are — but she’s also quite strict, it turns out.

Veteran British singer Petula Clark revealed just how strict, after detailing a conversation she had with Kate to the press.

Petula chatted to Kate after the Royal Variety Performance on Monday night, and she later told reporters that the royal mum-of-three had clear views on school term routines.

Petula said that Kate had refused George and Charlotte’s requests to attend the concert along with their mum and dad.

The reason? It was a school night!

“As she chatted with Petula Clark the Duchess said her children had been really excited about where she and William were going – particularly the dancing and singing – and asked if they could come but she had to tell them ‘not on a school night’,” The Mirror reports.

And look, fair enough. Anyone who has tried to rouse their kiddos and get them into their school uniforms after a late-night will identify with Kate’s sensible rule. #NotWorthIt

Send help. Anyone else got a fragile little one with the term four wobbles? 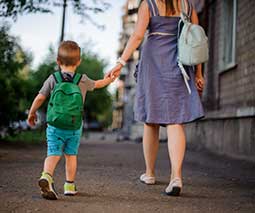 Uggs are shoes: 6 kindy drop off fashion truths for parents Princess Charlotte’s epic milestone is just a few days away 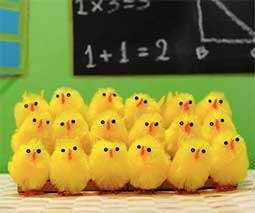 Do you recognise YOUR kids? Here’s the 5 faces of school photos

After viewing the images of Kate and Will taken at this event, it’s not hard to see why George and Charlotte’s pleas fell on deaf ears. The royal couple were clearly enjoying a very public date night, and two boisterous children were obviously the last thing they wanted to contend with.

🎪 Need an extra acrobat, @Zurcaroh? Swipe 👉 to see more from when The Duke and Duchess of Cambridge took to the stage to thank the fantastic performers at this year’s Royal Variety Performance. The Royal Variety Performance is held in aid of the Royal Variety Charity, with money raised from tonight’s show helping hundreds of entertainers throughout the UK who need help and assistance as a result of old age, ill-health, or hard times. #Variety4Charity #RoyalVarietyPerformance

Chaos and the crown

Royal romance fans made much of the pair’s cute shows of affection and wholesomeness, especially as other news surrounding the monarchy was pretty unsettling.

Take Prince Andrew, for instance. He has behaved terribly and dishonourably, doubling-down on his denials in the face of scrutiny over his relationship with Jeffrey Epstein and several young women.

Today’s revised statement and announcement that he will withdraw from public life, for now, could indicate that chats with the FBI are not far off. It’s brilliant that he may possibly be forced to answer to allegations that have swirled around him for many years. Here’s hoping his alleged victim/s can see some justice done.

Prince Harry and Duchess Meghan are also still under the microscope for reasons that are not quite so grim. Much is still being made of asserted rifts between the couple and the Cambridges — and also some tension with the Queen in the wake of their recent emotional documentary.

It’s no wonder that royal watchers are keen to hear more about George and Charlotte trying to con their mum and dad into a fancy family night out.  This relatable squabble provides some welcome relief.

Future king William and strict-mum Kate aka George and Charlotte’s mum and dad are thankfully scandal-free in the midst of all these dramatic machinations.

The Queen must be very glad about that. (And also perhaps pleased that her husband of 72 years, Prince Philip, has not crashed his car into anyone lately.)

Wishing Her Majesty The Queen and His Royal Highness The Duke of Edinburgh a very happy 72nd Wedding Anniversary! 📷PA