When we saw Kylie Jenner in a Fendi frock, pushing a Fendi pram, we can’t say we were surprised. 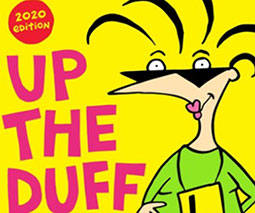 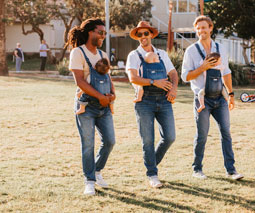 Rolling with my homies

The 20-year-old first time mum is defining motherhood in her own way, and it’s obvious she’s loving every minute of this huge life change.

We’re fairly sure her followers were hitting Google up with “Fendi pram” within minutes of her uploading her latest Instagram update, keen to find out where the heck you get such a luxe set of baby wheels.

This fancy Fendi number brings a more traditional pram silhouette back into play. It’s an English-style ensemble – with a bit of Fendi bling – and it’s made in collaboration with Inglesina, the latest in a series of prams and strollers they’ve worked on together.

We haven’t spotted the version Kylie and Stormi are sporting online yet, it may be a limited edition number or even a custom job. Time will tell.

Similar models released over the last few years retail at around $2000 and feature premium fabrics and a host of luxe features that will make you WISH they came in grown up sizes. Kylie Jenner gave birth to baby Stormi on February 1st, after a pregnancy that was shrouded in secrecy. Stormi weighed in at 8 pounds, 9 ounces (just under 3.9 kg) and her dad is Kylie’s boyfriend, Travis Scott.

“I’m sorry for keeping you in the dark through all the assumptions,” Kylie told her followers as she announced Stormi’s surprise arrival. “I understand you’re used to me bringing you along on all my journeys. My pregnancy was one I chose not to do in front of the world. I knew for myself I needed to prepare for this role of a lifetime in the most positive, stress free and healthy way I knew how.”

She’s obviously utterly besotted with her little girl, the second Kardashian-Jenner baby born this year. Kim’s daughter Chicago arrived in January, while Khloe’s newborn made her appearance yesterday. It’s a delight to watch this very close family expanding, and supporting each another through trying and triumphant times.