Prince Harry has just finalised a court case that saw him hit back at the paparazzi who were invading the home that he and Meghan once shared.

Spying on the royals

In a very visible move designed to deter future stalking of his family by photographers, Prince Harry asked that an impact statement be read in the court where he had launched proceedings against the Splash News and Picture Agency. Splash had flown a helicopter over the couple’s home and taken photos of their living room, dining room and even into their bedroom.

Harry is now a father, welcoming baby Archie earlier this month, and he’s not mucking around when it comes to maintaining some privacy. 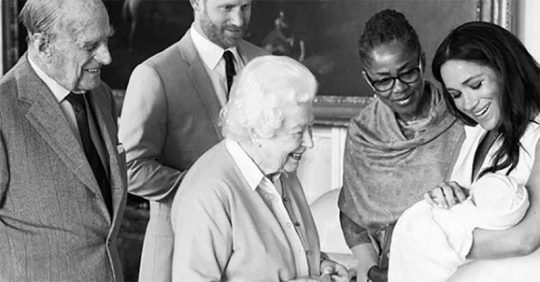 In the statement detailing the incident, Harry’s lawyers explained that – thanks to the invasive Splash photos which are published quite widely – he and Meghan were no longer able to live at the property because of security concerns.

“On 9 January 2019, Splash chartered a helicopter for the purpose of taking photographs and recording video footage of the duke’s private home in Oxfordshire. The property had been chosen by the duke himself and his wife given the high level of privacy it afforded, given its position in a secluded area surrounded by private farmland away from any areas to which photographers have access.”

‘The helicopter flew over the home at a low altitude allowing Splash to take photographs of and into the living area and dining area of the home and directly into the bedroom. The photographs were taken for commercial gain and syndicated for that purpose. As a result, the photographs were published by the Times newspaper and elsewhere online by a number of other media outlets. No consent was given to the action taken by Splash. The duke had to engage his solicitors to take steps to try and secure the removal of the photographs from these websites. The syndication and publication of the photographs very seriously undermined the safety and security of the Duke and the home to the extent that they are no longer able to live at the property.”

Paying tribute to all mothers today – past, present, mothers-to-be, and those lost but forever remembered. We honor and celebrate each and every one of you. Today is Mother’s Day in the United States, Canada, Australia, New Zealand, South Africa, Kenya, Japan, and several countries across Europe. This is the first Mother’s Day for The Duchess of Sussex. Quote from “lands” by @nayyirah.waheed: my mother was my first country; the first place i ever lived. Photo © SussexRoyal

“Reminded us of the harassment”

Prince Harry was awarded substantial damages and issued a formal apology by Splash, the settlement reflecting a crackdown on aerial photography – via helicopters or drones – by the media. (He’ll be using the funds to cover legal fees and then donating the rest to charity.) The agency has also promised not to use aerial means to take further photographs or video of the Harry and Meghan’s new home.

It’s thought this ruling may deter and prevent similar intrusions by others in the airspace over Frogmore Cottage, where Meghan and Harry now live with their newborn baby Archie. 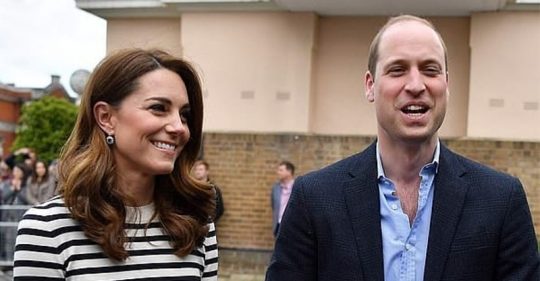 It’s not the first time the royals have gone legal on the paps and media. The Queen has sued numerous times, and back in 2017 Prince William and Duchess Kate were awarded damages against two photographers and a French magazine after they published photos of Kate sunbaking topless on holidays in Provence.

Prince William said this intrusion was “particularly shocking because it reminded us of the harassment that led to the death of my mother, Diana, Princess of Wales.”

We’re sure Harry is feeling just the same about being stalked from the sky by money hungry paparazzi.