Much like after you’ve just tied the knot, and friends and family start questioning when you’ll be starting a family, as soon as you’re through year one with your first child, the questions about “number two” inevitably begin.

Having just celebrated our son’s second birthday, my husband and I have been fending off the Spanish Inquisition about when we will start trying for baby number two for some time now.

While I can certainly feel my maternal clock ticking, and I slide into clucky mode whenever I’m in the vicinity of a newborn, there are a few reasons why we are hesitating about trying for a second child.

I need that sweet sleep

While I was blessed in the early days with a great little sleeper, by the time my son hit eight months we were dealing with some serious sleep issues.

For five long months we did battle with frequent overnight wakings, ridiculously early mornings and 30 minute catnaps during the day.

After five months of chronic sleep deprivation, I know how debilitating getting little sleep is to both the mind and body, as well as the ramifications it has on your relationship with your partner (hello, Cranky Pants!).

While my son now sleeps a blissful 12 hours straight most nights, I’m not entirely sure I’ve caught up enough to go through the sleep deprivation with a newborn all over again.

On the flipside, I suspect the sleep situation with bub number two wouldn’t be quite so dire. I’ve learnt a lot about what not to do – here’s looking at you, comfort feeding! – and how to successfully sleep train, so if a newborn does appear, at least I’ll know what I’m doing second time around.

My attention would be divided

Right now, my chatty, inquisitive toddler demands all of my attention. By this, I mean he is not really one for independent play, and will tug at my hand to “play cars” whenever I’m trying to get anything done around the house.

While this can be frustrating at times (I’ll get to you eventually, giant washing pile …), I always remind myself that this is such a short window of time in our lives.

I’m happy to indulge my little one and give him my undivided attention for most of the day as I know he will thrive from having an engaged mother, one who spends plenty of time reading, playing and taking him to the park, playgroup and play dates.

Whether I could devote this much attention to a second child though is debatable. As I’ve witnessed with friends and family, those who are juggling two (or more) children just can’t provide the same level of engagement.

I’m told though (mainly by my mother and mother-in-law), that with a sibling in the mix, the two will “entertain each other”… I’m still trying to ascertain if this is actually true, or just a desperate attempt to get a second grandchild. 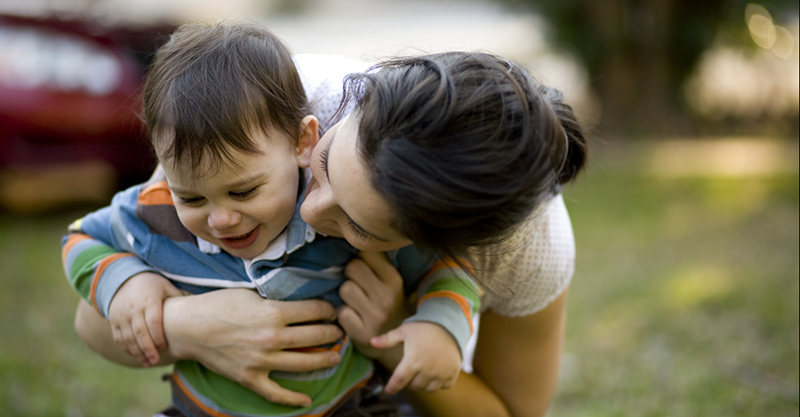 Our finances will take a hit

While we could technically afford to add another child to the household budget, there’s no getting away from the fact that little ones stretch the resources.

Having one child instead of two would take the pressure off financially, and could mean the difference between paying off our mortgage quicker, a better education and travel opportunities for our son, and less reliance on childcare, as I wouldn’t need to return to work quite so quickly.

The planet won’t thank us

In a report issued by the United Nations last month, it was revealed that the world’s population is expected to increase by 2 billion people by 2050, from 7.7 billion currently to 9.7 billion.

With our planet already suffering due to human activities, further increases in our population only puts greater strain on our environment, and accelerates global warming.

A 2017 study published by the Universities of Lund and British Columbia suggested that having one fewer child may be the single most effective measure an individual in the developed world can take to cut their carbon emissions over the long-term.

While somewhat controversial, given family planning should be a decision left up to individual couples not governments or bureaucrats, it should give parents pause if climate change is of concern.

Given my husband and I try to live a sustainable lifestyle – we compost our food waste, limit our plastic use and generally try to be more environmentally aware – having a second baby and the ramifications this will have to our carbon footprint is a very real consideration for us.

If we do have second, we know we’d have to take further steps to reduce our baby’s impact on the environment by using cloth nappies, buying secondhand baby clothes and reducing our use of plastic baby items.

So what’s the verdict?

Much like the experience of having your first baby, knowing what life will be like raising two children is just as uncertain.

Given my husband and I are in our mid-30s, we don’t have all that much time to decide though. At least when we do, having weighed up the pros and cons, we’ll have both eyes open to the reality of life with two kids versus one!