It’s hard to believe but Jamie and Jools — who have been married for an enduring 17 years — are now the proud parents of a 16-year-old, with daughter Poppy celebrating her birthday over the weekend.

The world’s most famous celebrity chef and his designer wife are parents to five kids, but Poppy was the OG baby Oliver. We can’t quite believe it’s been 16 years since she made her adorable debut!

Jools posted a lovely photo to celebrate her daughter’s big day: “Pops you are 16 and we couldn’t be prouder of you, best friend,” she wrote on Instagram. On Poppy’s birthday her dad Jamie posted … pictures of Yorkshire pudding, a polenta cake and some pork crackling. Seems legit!

Very happy international Women’s day. With just two of my absolute favourite girls. Hoping to raise strong, independent, supportive and ultimately kind girls and boys in our family, who look after each other and equally contribute something great to this wonderful world ❤️

Don’t take the pudding/crackling/cake sitch as an indication that Jamie didn’t heap lots of love on his eldest child, however. He’s already gone on the record about how much he admires Poppy (and her sister Daisy) noting that they’re possibly more responsible — and much better at parenting — than he is. 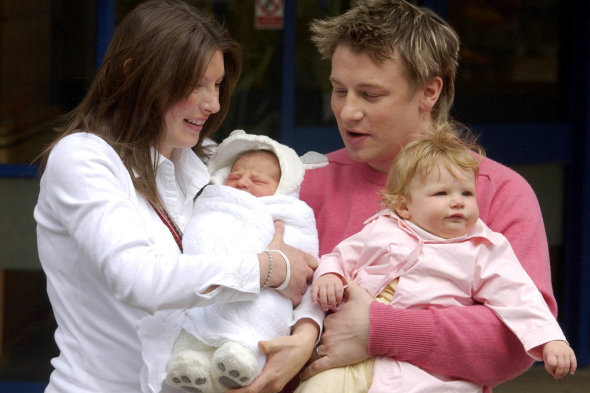 Jamie disagreed. He says this experience was a defining one for both of his daughters (YAY, Jamie!).

“It’s only controversial to really strange people! Most of the world has home births, and different countries have different habits. It was an idea from mum and the kids, and we gave it lots of thought. As soon as the baby was out and safe, we got the nod — Poppy cut the umbilical cord.”

“To see my two teenagers watch their mum was extraordinary. It was the right age for them, the right scenario for us, and I witnessed their initial raw emotion as the little one was handed to them. I know they respect their mum now even more than they already did. It was an amazing show of strength.”

It’s clear these kids are SUPER DOOPER loved and adored and it’s a total treat to behold.

One of the happiest memories of yesterday ❤️