Chrissy Teigen is mum to two-year-old Luna and seven-month-old Miles – with husband John Legend – and she admits she’s still coming to terms with the festive traditions her young family will embrace.

To Santa or not to Santa?

Chatting to People Magazine Chrissy explained that Luna is only just starting to become aware of all the excitement and deliciousness that holidays can bring. When it comes to seasonal celebrations, she and John are making it up as they go along

Chrissy said her gang are “establishing traditions” now that Luna is starting to understand a little more about what the holidays mean.

“She’s just learning about Santa,” the mum-of-two revealed. “I didn’t even know if I wanted her to believe in Santa. … I had no idea which way I wanted to go with it. John and I are just like, ‘I don’t know, we’ll figure it out when she asks, I guess.’” 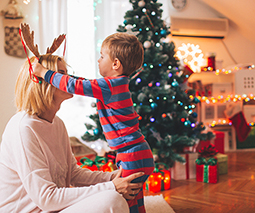 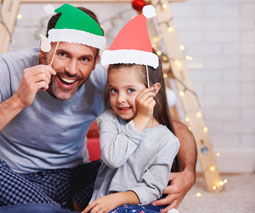 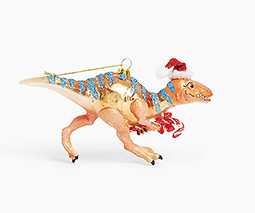 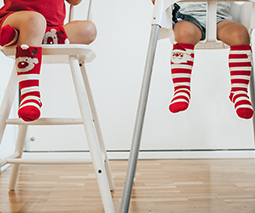 Congratulations @chrissyteigen so proud of you #cravingsfest #cravings2

Having a super hands-on mum – hello Pepper Thai (above) – who lives in, cooks delicious meals and cuddles the babies, as well as plenty of help at hand, doesn’t mean that this cute family are immune from the chaos of Christmas.

“It’s definitely a stressful time, but I think now that Thanksgiving is over we can really focus and hone in on Christmas and gift-giving and just being around family,” she explained relatably.

Chrissy struck another relatable and heartwarming chord with parents this week when she revealed Christmas had come early for baby Miles and he’d been fitted for a helmet designed to adjust the shape of his teeny head.

“My baby bug got his head shaping helmet today!” she posted on Instagram alongside a photo of Miles in his brand new helmet. “Please don’t feel bad for him if you see photos. He is a happy bug and we’re just fixing his flat!”

baby miles getting fitted for a little helmet today for his adorable slightly misshapen head. so if you see pictures, don't feel bad for him because he's just fixing his flat and honestly he's probably gonna be even cuter with it somehow

Other parents were relieved to have a chance to discuss their own baby bugs’ misshapen heads. They began commenting on Instagram and uploading images of their kids to Twitter, thanking Chrissy for raising awareness of helmet therapy. Flat fixers and squishy heads unite!