A baby shower cake is rapidly going viral as the ‘cake shamers’ of the internet argue over whether it’s funny or gross. We would like to declare that it might be both.

“The most horrible cake I have ever seen”

The cake was shared in the Facebook group That’s It, I’m Cake Shaming and group members were delighted by this turn of events. In their hundreds.

“Well, if I didn’t want kids before, I definitely don’t want them now,” one wrote.

“That is the most horrible cake I have ever seen,” another person declared.

“That’s haunting my dreams tonight,” someone else posted.

“Have no words for this monstrosity,” another Facebook user wrote gleefully. 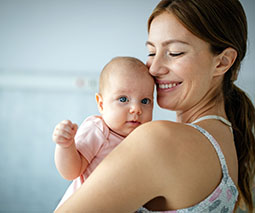 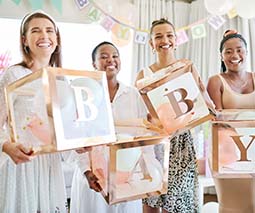 5 ways to still enjoy a baby shower in a pandemic The stork’s coming! 5 luxe baby showers that will knock your socks off 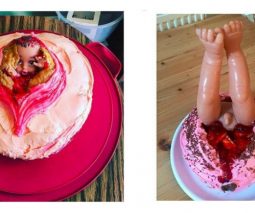 Shudder! Vagina baby shower cakes are back and here are 18 to prove it 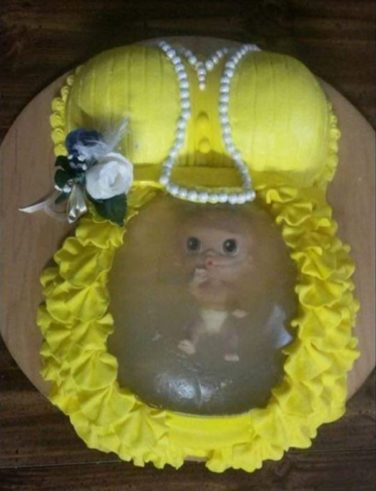 What is even going on here?

We can’t imagine what they mean. I mean, this very booby mum cake features not only an elegant string of pearls and fancy corsage, but it’s also wearing a very beautiful and quite frilly lemon-coloured dress.

But those things are not the weirdest part of this cake.

Maybe the weirdest thing is trying to work out how the foetus managed to get a nappy on. In utero. Because surely if you were going to go to all the trouble of giving baby shower guests a peek into the womb, you’d try and get some of the details right.

Or it might be that wombs aren’t transparent and this weirdly vivid representation of a pregnant lady is terrifyingly revealing and should really come with a content warning.

Actually the weirdest thing about this cake? That someone decided to MAKE IT. *shudder*