When New York based author and illustrator, Jessica Love, penned a beautiful tale about a boy wanting to dress up as a mermaid, she had no idea it would be so popular.

In a podcast with Kinderling’s Shevonne Hunt, Love explains her thinking behind writing the gorgeous book and why it has struck such a chord.

Julian is a Mermaid is about a little boy who is on the train with his grandma when he sees three women dressed up as beautiful mermaids.

When Julian gets home, daydreaming of the magic he’s seen, all he can think about is dressing up just like the ladies and making his own fabulous mermaid costume. But what will his grandma think?

Mesmerizing and full of heart, this is a picture book about self-confidence and love, and a radiant celebration of individuality.

MORE Things to do 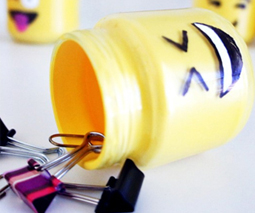 8 amazing playgrounds your kids will never want to leave 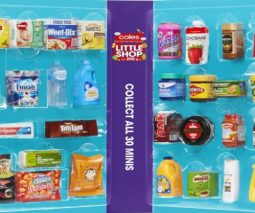 Little shop, of horrors?! To collect or not to collect those darn collectables 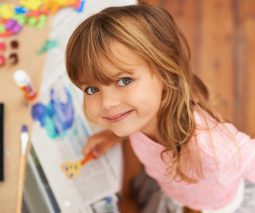 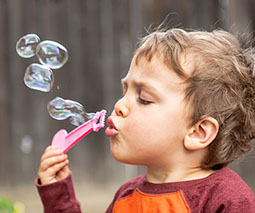 On their way to The Mermaid Parade

As Love explains in the podcast, the mermaids Julian sees are headed for the annual Mermaid Parade, a real festival that occurs every year on New York’s Coney Island.

“Thousands of people show up and they make their own costumes … my artwork doesn’t even do it justice. It is so extreme and so creative and so glittery,” says Love.

A message of love and acceptance

Visually spectacular, the book carries an important message. Love explains it’s the message of love and acceptance that drove her to create it, and also sensing there was a gap in the children’s book market about gender identity.

“I wanted to make a book about a little boy like this because I couldn’t find any that did exactly this thing and so it was a void I wanted to fill,” says Love.

“For me, Abuela?” Today’s print I’m offering for sale. Showing the world who you are is as far as you can take it on your own. But being seen for who you are by someone who loves you? That’s the whole ballgame. This one is for the Abuelas, the Nanas, the parents, the friends, the teachers ALL the ones who hold the door to the world open for us and say, “Go on through.” . . . Available for purchase on my website, jesslove.format.com #julianisamermaid #juliánisamermaid #mermaidbook #jessicalove #gouache #watercolor #loveislove #illustration #femaleillustrator #blackmermaid

The importance of ‘love warriors’

Another sweet theme in Love’s book is that of the significant people, beyond parents, in our children’s lives, in this case, Julian’s grandma.

“There are so many families all over the world in which for whatever reason the parents aren’t around or available to raise their children. And so it falls into the hands of the love warriors, which are very often grandmothers. And so I wanted to pay homage to those women,” says Love.

A moment of pause

While Julian is a Mermaid is visually stunning and a beautiful tale, there is a moment of pause which is tense and uncomfortable when Julian is faced with his grandma after dressing up as a mermaid. Upon flashing him a stern look, the reader is left wondering how this story will end for Julian’s relationship with his beloved abuela.

“I wanted to take that opportunity to take you inside this child, who for a few heartbeats feels as though his self-worth is on the line,” explains Love.

“I think the thing that I wanted to show at that moment is the way in which the adult who is important in your life, your whole life weighs in the balance of their judgment.”

Don’t worry, Shevonne assures us this tale has a happy outcome and one that will resonate with parents all over.

I have another print available for purchase! Julián and the Mermaids…for those of you who have asked, the one with the blue braids is inspired by my Juilliard classmate/?Queen @teyonahparris and the one with the pearled pompadour by @jennydeluxe who I don’t know at all, but love, and who somehow stumbled on the book all on her own. The unicorn works in mysterious ways… Available as a fine art Giclée print in the “store” page of my website, jess love.format.com #juliánisamermaid #julianisamermaid #gouache #illustrator #illustagram #jessicalove #blackmermaid

“I didn’t think it would see the light of day”

Love says she has been blown away by the popularity of the book which has attracted hashtags on social media and generated movements around its message.

“I assumed I would self-publish it and give it to my friends. I didn’t set out to corner all of these markets that seem to be suddenly paying attention to all this stuff.”

You can listen to the full podcast here.