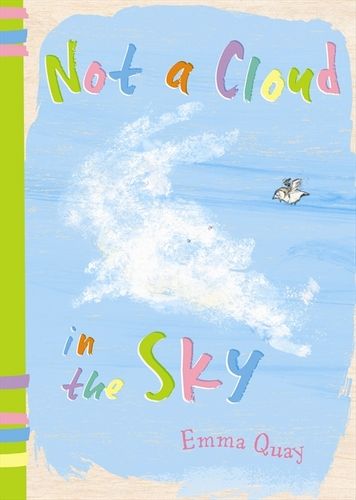 Many years ago, I was walking along the street with my two-year-old (he’s now ten). Suddenly he stopped and cried out “Look mama! A wah-wah!” Now wah-wahs (his word for ducks) were his very favourite animal. We spent lots of time reading about wah-wahs, playing with toy wah-wahs and feeding the wah-wahs at our local park. But on this particular day we were in the middle of a busy shopping strip – no ducks in sight, or so I thought. My son pointed up to the sky and there, unbelievably, was a cloud shaped just like a rubber duckie.

The wonderful shapes that clouds form is the basis for the latest picture book by Emma Quay, Not a Cloud in the Sky.

Bird has been flying for such a long time and everything looks the same – it’s blue sky after blue sky.

“Sometimes everything looks the same all over—up, down, this way and that, on and on. Nothing different. Nothing at all…”


And then Bird spots a cloud. The cloud says ‘Hello’, after which a game begins – the cloud forms itself into all sorts of shapes, each a little trickier than the last. From a trumpet and a dancing pig to a present tied with a bow and a bobbing boat in a storm, the cloud creates the shape and Bird guesses what it is. 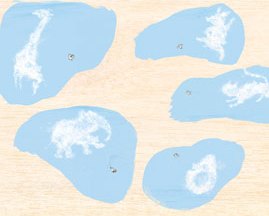 Eventually the cloud begins to get tired, small wisps of him drifting away. For the big finale, the cloud becomes a dragon, made fiery with the colours of the setting sun. As night falls, Bird finds a place to perch and sleep, begging the cloud to play again in the morning.

Children will simply enjoy looking at the shapes the cloud makes – of course, it’s a game that carries on well after the story is finished. But there is also a lovely message in this book about how finding a friend can change your day. On the final page, another small bird is looking at Bird with the same longing that Bird had for the cloud. Come morning, I suspect a new friendship will begin.

Not a Cloud in the Sky is suitable for children aged two years and over. It’s available online from Fishpond. For more by Emma Quay, see our review of the delightful book, Rudie Nudie. 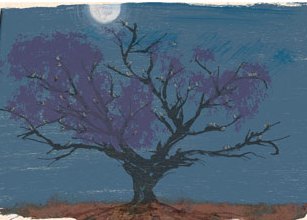