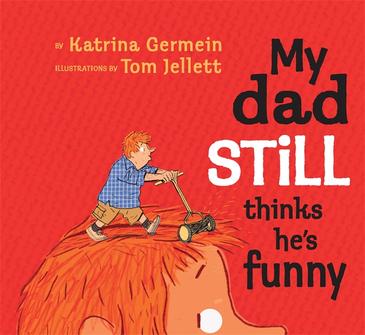 Here’s the thing about ‘dad jokes’ – they’re so, so predictable and while you may be groaning on the outside, you’re laughing on the inside. With this in mind, allow yourself to have a giggle at the following –

and my particular favourite –

This book has been published in time for Father’s Day so I suggest grabbing a copy and beating your dad to the punchline (although just so you know, mums can use these jokes to great effect as well and score an equal number of groans and a fair bit of eye-rolling from the kids).