It’s 10:30am and it’s the school holidays. My kids have been up since 5am because despite me giving them ample permission to sleep in … they just don’t get it.

(Don’t) wake me up before you go-go

So this means, I’ve been on the go for five and a half hours … before I finally reach breaking point and decide to take the girls to the park.

So far, we’ve baked, we have fought over chores, they have played while I tidied and then I tidied some more. There has been ample laundry hung out, work emails answered, at least three meals already prepared and lots of coffee consumed on my part – all before lunchtime.

But hey, the good news is there’s only another eight hours of parenting to go!

The park is the perfect place for my four daughters to run around and be a little bit feral; to get some fresh air, sunshine and let their sillies out. The park is also somewhere I can, well, kinda pretend that they’re not mine, while they argue and squabble.

After the twenty minutes it takes to actually get the girls into the car (because one forgot her shoes, one forgot her water bottle, one forgot her hat and one needs to peeeeeeee!) we drive five minutes down the road. As I pull up, I sigh contentedly because I’m hoping that in minutes, I can spread out the ol’ picnic blanket, lay back and enjoy a few quiet moments to myself while the girls run off and play.

The truth is, I don’t take my girls to the park so I can play with them. I’d go so far as to say that I don’t think many mothers actually do, either. Most of the time, we take our children to the park so that, frankly – they can bugger off and play.

The mental load of motherhood is a real thing. The constant pre-empting, planning, negotiating, organising and problem-solving is absolutely exhausting. So I don’t for a moment feel guilty about going on my phone while my children play at a park. It doesn’t make me a bad mother, it doesn’t make me “less” than what I should be – and it certainly doesn’t make my children neglected, either. I’m allowed to have interests of my own, and I don’t need to ask for permission from anyone to pursue them. Even if that involves momentarily scrolling on my phone, and indulging in a little bit of visual “junk food” on social media. 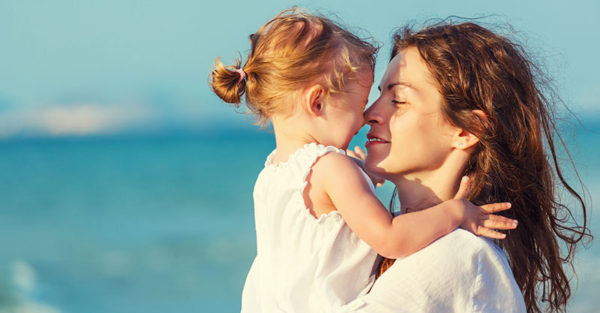 Mothers’ needs matter too. So often we put our needs at the bottom of the pile, and we look after ourselves last. Scrolling on my phone while my children play at a park might just be the kind of rejuvenation that I need to get through the rest of the afternoon. Perhaps it even makes me a better parent, because I’ve attended to my own needs as well.

Just because we are mothers, doesn’t mean we have to stop being individuals. Last I checked, it’s all about balance and a bit of ‘give and take’.

So to any mother who does what I do, and scrolls on her phone while her kids play at a park: I salute you, warrior. You won’t get any judgement from me. In fact, here’s to taking some time for yourself. I hope you head home, feeling refreshed and a little bit like yourself again.