If you ask any mother what they think the hardest part of parenting is, I guarantee they’ll say ‘juggling everyone’s needs’. And rightly so, because attending to the needs of multiple children (or even just learning to wrangle one!) while also trying to have a healthy marriage, maintain friendships and look after ourselves as mothers is no mean feat.

That’s why I have stopped trying. Yes, I’ve just stopped. I don’t buy into the whole “juggling act” anymore, and here’s why:

I am never going to be everyone’s everything, and I’ve decided that’s OK.

It’s been over eleven years since I first became a mother. In many ways, I am past the ‘hard years’ now. All four of my daughters can use the toilet by themselves, they generally sleep all night and they can feed and dress independently, for the most part. Breastfeeding is done, and after many years of sharing my bed with a co-sleeping boobie-limpet, my bedroom now solely belongs to my husband and me … and it is *heaven*. 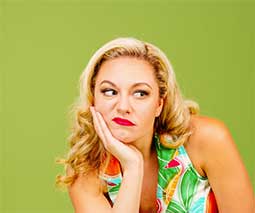 When we look at mothers, we look through rose-coloured glasses and paint them in this superhero light, where they are invincible and capable of so many amazing things. And whilst I’m not discounting the fact that women are amazing – because, of course, we are – I’m going to invite you instead to look at us as mere humans just doing our best. Some days aren’t that awesome, and that’s perfectly okay – because we are not super humans, we are just mums. Taking it one day at a time. Learning, failing, and trying again for the sake of our children.

The pressure to have so many needs juggled all at the same time has created so much stress for me in past months. I’m constantly trying to be everywhere all the time, my head feels like an internet browser with a million apps open at all times – it’s insane. Compounded by society’s clear disregard for the role mothers play in their children’s lives and the mountains of invisible mental load we shoulder. I’ve decided that enough is enough. ‘I’ve put the balls down, and down they shall stay’

Some days, doing awesomely looks like putting down a juggling ball, for a while. Sometimes it might even be two. I swear the number of times I’ve been pelted in the head by one of those damn balls, I don’t understand why I didn’t stop trying to juggle them all at the same time sooner. So I’ve put the balls down, and down they shall stay.

It’s a completely counterproductive act to attempt to meet everyone’s needs, all the time, at the same time. Sure – things may be done, but at what cost? There is only one of me after all. This is why I believe the juggling act of motherhood is a farce because it isn’t humanly possible to do.

In order for me to be a good mother, wife, friend, colleague or daughter – I need to be okay with putting some balls down, sometimes.

It looks like turning up late for kindergarten because I’ve taken the time to be present and connect with my other daughter who was struggling with anxiety. Another day, it looks like deciding not to cook dinner and instead opt for a hassle-free picnic of chips in the park where everyone eats and no one argues.

Last week it looked like cancelling an existing appointment because instead, it was more important for my mental health to spend some time laying around the house while my children were at kindergarten or school … doing nothing. Some days I prioritise walking and getting outside for myself because I can – but other days my focus has to be elsewhere, and that’s OK too. Some days I get around to spending time with each of my four daughters, some days I don’t.

There will always be another day

Releasing myself from the burden of being stretched in ten different ways at all times; wearing all the hats I own at the same time has left me feeling weightless. Now I feel like I get to actively decide where my focus shifts and bends to, and the once-upon-a-time juggling act of motherhood has now turned into more of a game of lawn-bowls, and I couldn’t be happier.

I’m not invincible. I’m just a woman, doing what she can when she can.