As quick as a flash, our Halloween very nearly turned into a total nightmare.

Not all costumes are safe

Halloween is a time of great excitement in our house. The kids spend months discussing costumes, in preparation for the big day. Usually, we encourage them to put together an outfit from whatever we have at home. Occasionally, we might purchase a small accessory to complete the look. However, one year we learned the hard way that some costumes are safe, while others are harmful, possibly even fatal. One moment too late and our Halloween frivolity could have turned into a complete tragedy.

It was the year my three-year-old decided to be a witch. As we already had a witches’ hat, cape and toy broom, I was happy with her choice. However, when scouring our local costume shop, we stumbled upon a witchy nose and couldn’t resist adding it to her outfit. What we didn’t realise until we got home was that the nose contained a small button battery, which made it flash. While our daughter was thrilled with her flashing witchy nose, my husband and I were nervous about the battery and kept the nose well out of reach until the big day. Until, with the excitement of Halloween costumes and putting up cobwebs, the nose found its way into my daughter’s hands. And much like everything else she comes across the battery found its way into her mouth.

According to the Sydney Children’s Hospital, every day in Australia, at least one child has to go to the hospital after swallowing a button battery. Thankfully, in our case, we quickly realised what had happened and immediately removed the offending battery from our daughter’s mouth. We rang the Poisons Information Centre, and because she hadn’t yet swallowed the battery, all was well. But we were shocked that it could have happened so quickly. Despite taking every care to avoid it from happening. 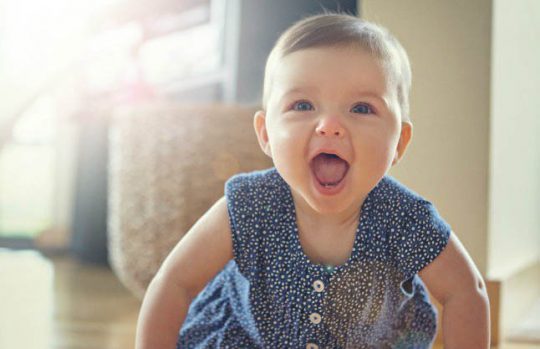 What is a button battery?

A button battery is a small single cell battery, ranging from 0.5cm to 2.5cm in width, the perfect size for an inquisitive baby or toddler. Button batteries are everywhere and can be easily found in everyday household items such as toys, calculators, cameras, watches and gadgets. They also appear in decorations, musical cards and, as we unexpectedly found, Halloween costumes. Button batteries appeal to babies and toddlers as they are ideal for swallowing or even for pushing into ears or up noses.

Why is battery ingestion dangerous?

Swallowing any battery can be extremely harmful, even life-threatening, particularly when they can get caught in a child’s oesophagus and cause choking, or get stuck in ears or nose and cause local burns. According to the Sydney Children’s Hospital, when a child swallows a battery, the leftover electrical current reacts with moisture, producing a strong alkali chemical, which can cause serious internal burns and bleeding. Meanwhile, the battery itself can also leak chemicals and possibly cause serious burns.

If your child swallows a battery, you must act immediately, and the Sydney Children’s Hospital suggests taking the following steps:

We have steered clear of any such costume items ever since that Halloween. There was a flashing Christmas stocking that my daughter had her eye on, but I put my foot firmly down. Battery ingestion can happen in an instant, and it’s best to take every possible step to avoid it. We settled on a regular non-flashing stocking, which did the trick – and more importantly, gave us much-needed peace of mind.