Contraception can be a tricky issue for many couples, especially when you’re not keen to add more to the brood, and there are many different options – one of which is a vasectomy. There are many misconceptions and conflicting thoughts around the procedure but we have the facts you need to know to help you decide if it’s right for your family.

What actually is it?

A vasectomy is a surgical operation performed on males where the tubes (vas deferens) between the penis and testicles are cut and blocked to prevent sperm from leaving the testicles. Designed to leave the man sterile and therefore unable to father children from that point on, it’s often considered the male version of a woman having her fallopian tubes tied or clipped. Any sperm inside the testicles is also then reabsorbed safely by the body.

In Australia over 30,000 men get vasectomies each year, and it’s estimated that 1 in 4 men will have the procedure at some point in their life. The majority of men who have had a vasectomy are over 40 and already have children, although any male of any age, parental or marital status is eligible. While some men are a bit frightened at the prospect of someone cutting such a sensitive and private area, it has become more mainstream and acceptable with many guys feeling it’s a nice way to ‘take turns’ so to speak – with women of course having to endure a lot physically when carrying and birthing children.

Details of the operation

A vasectomy is a simple ‘key-hole’ surgery that only takes around half an hour under local or general anaesthetic. The testicles are first shaved and then a small cut is made on either side of the scrotum which is how they access the vas deferens. There are then three different techniques that are used to complete the sterilisation process: cutting or tying the tubes, removing a small piece from each tube, or sealing the tube with heat.

As with any surgery, there is always a risk of something going wrong but with vasectomies it is very rare. Generally the scrotum is simply tender and sore afterwards for a few days so rest is required. Exercise, sex or any other physical activity should be avoided. If the area becomes swollen, extremely painful, bleeds or starts to weep there could be an infection and you should seek medical advice for further treatment.

A vasectomy will not affect a man’s ability to produce male hormones, enjoy sex or reach orgasm; and semen fluid will still be produced (sperm only making up around 1% of semen). 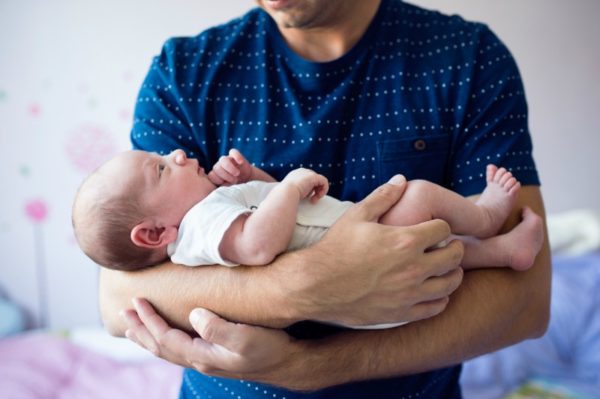 How effective is it?

Like any form of contraception, a vasectomy is also not 100% full-proof. The chances of a man impregnating a woman after the procedure however are 1 in 1,000 so it’s generally considered a permanent form or contraception despite many reports of cases in which it has failed. It also can take up to six months for the procedure to be effective as the body might need time to reabsorb the sperm inside the testicles, which means it’s important to use another type of contraception in the first few months following a vasectomy.

Can you reverse it?

The short answer is yes. The cut tubes can be be rejoined by microsurgery and around 50-80% of all vasectomy reversals lead to successful pregnancies, but it’s not always a guarantee and depends on how the operation was performed and the length of time that has passed (the longer it’s been the less likely the reversal will work). Men who are most likely to want a vasectomy reversed are those who might have a new partner.

Are you considering vasectomy in your family?