Blue Wiggle Anthony Field has just opened up about a health crisis he’s spent quite some time recovering from.

The Wiggles’ Anthony Field explained that he came down with viral meningitis after accidentally being exposed to the illness via little fans.

He spoke to the Who Weekly podcast Who Are You about this health crisis, admitting that it hit him so hard he was not able to exercise as usual for several years.

“My mum is an influencer. I am sick of being a part of it.”

Hang your heads, mums and dads: Parents are officially the WORST drivers 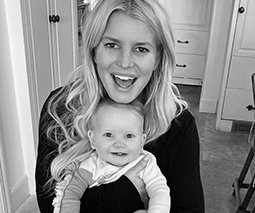 “I was rock bottom”: Jess Simpson’s in recovery from drug and alcohol addiction

Weighted blankets: What are they and do they REALLY help kids’ health?

There is so much to say about this image and yet… there are no words! Can anyone name what song this is from? Is Anthony pulling off those curls? ?? ? #HairGoals #TheWiggles #Ukelele #AnthonysRealHair

“I got viral meningitis, which the doctors say I probably got from the audience, high five-ing children and not using hand sanitiser,” Anthony explained.

“That was dreadful. It was two to three years ago, and now I’ve just started getting back into exercise. It really laid me low.”

Meningitis caused by a virus is called ‘viral meningitis’. This type of meningitis is relatively common and can occasionally be serious. It can be caused by a variety of different viruses. It is often a complication of another viral illness. – Better Health Channel

Anthony and wife Michaela Patisteas have been married for 16 years and are mum and dad to 15-year-old Lucia, 13-year-old Marie and 11-year-old Antonio.

The popular blue Wiggle has been refreshingly open about the ups and downs of his health, including bouts of mental ill health. Speaking on his chronic anxiety, Anthony revealed it was “bad”.

“I’ve been on the Westgate Bridge, I was driving the car and had an anxiety attack where the bridge was rocking and it was going to fall. I stopped the car in the middle of the bridge. I was frozen with fear. That’s how bad it was.”

Anyone who has suffered from anxiety knows just how all-consuming it can be, so it’s brilliant that Anthony is being so open about it and letting other anxiety-sufferers know that they’re not alone.

His surprise meningitis reveal is not the only case of recent Wiggles illness. It follows an equally serious health challenge for fellow Wiggle Emma Watkins who has spent the last couple of years suffering severe endometriosis that eventually led to her being hospitalised for treatment.

Here’s hoping that 2019 is a brilliant health year for these lovely types.