We’re told to stay home if we feel unwell during the COVID-19 pandemic. But what if your sniffles, sore throat or cough aren’t infectious? What if they’re caused by hayfever or another allergic reaction? You may be doing a lot more isolating than you need to.

Although it can sometimes be challenging, there are ways to tell apart respiratory symptoms caused by a virus and those caused by an allergy. This approach may help prevent Australia’s COVID-19 testing capacity from being overwhelmed.

Around one in five (21%) of Australians suffer seasonal allergic rhinitis – more commonly known as hayfever. If each of these experiences a few episodes of hayfever annually, that would require between 10 million and 20 million COVID-19 tests to exclude infectious causes from allergies alone.

Hayfever has many of the same symptoms as viral respiratory infections, such as colds and mild flu-like illnesses, as well as COVID-19. This is because rhinitis refers to inflammation of the nose, which has many causes.

Hayfever is caused by your nose and/or eyes coming into contact with microscopic allergens in the environment, such as pollens (from grasses, weeds or trees), dust mites, moulds and animal hair.

Your immune system identifies these airborne substances as harmful and produces antibodies against them. The next time you come into contact with them, these antibodies signal your immune system to release chemicals such as histamine into your bloodstream, causing the inflammation that leads to hayfever symptoms.

Hayfever traditionally has a seasonal spike in late winter and spring, when pollen counts are highest from flowering trees and grass seeds.

But in many areas of Australia, there may be more hayfever in autumn, due to two common sources of allergies: moulds, and an autumn spike in indoor dust mites.

A warming climate has also been linked with increased levels of pollens and environmental allergens, and a rise in asthma and hayfever severity. 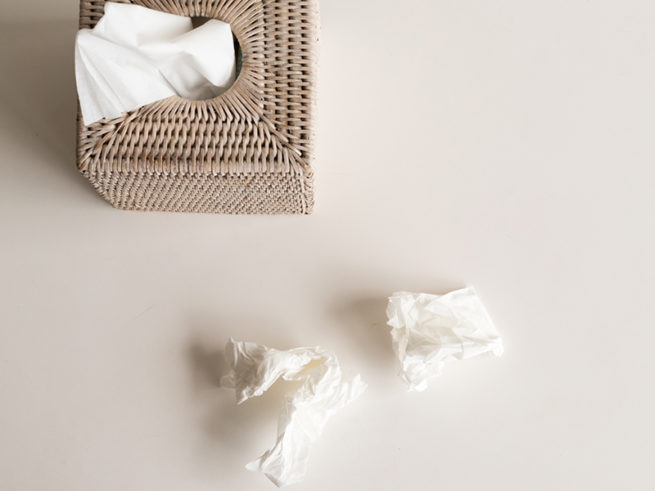 What are the symptoms?

Whether you have seasonal hayfever, longer-term perennial or vasomotor rhinitis, or a viral infection, you’re likely to have similar cold and flu-like symptoms.

You’ll have either a runny or stuffy nose. Other symptoms include sore throat; sneezing; cough; post-nasal drip – nasal mucus going down the back of your throat; and fatigue.

But there are two classic hayfever symptoms that can help you tell allergies and viruses apart. Hayfever can cause you to have an itchy nose or throat; and when it’s more severe it can cause swollen, blue-coloured skin under the eyes (called allergic shiners).

How can we tell them apart?

Hayfever, despite its name, does not cause increased body temperature. Flu-like illnesses do cause fever, and sore muscles (myalgia), malaise and fatigue.

Allergies such as hayfever may cause a slight malaise without the other symptoms, probably due to a stuffy nose and poor sleep.

Snoring, dark circles under the eyes and sleep

The nasal congestion from hayfever and other types of rhinitis often increases the potential to snore during sleep. And if you have those dark circles under the eyes, that’s likely down to chronic poor-quality sleep, as nasal congestion and snoring worsen.

Itchy nose and eyes, plus sneezing

An itchy nose and eyes are classic hayfever symptoms, as is intense, prolonged sneezing.

You can sneeze with a cold or flu, but usually only in the first few days of the infection.

Allergic reactions tend to come and go from day to day, or even from hour to hour, particularly if some environments are the source of the offending allergens. Perennial rhinitis can be present for weeks or months, far longer than any viral cold or flu.

It is rare for a cold to last more than a week, as the body has fought off the virus by that time. Exceptions to this are the cough and sinus symptoms that were triggered by the virus but persist for other reasons.

If your nasal symptoms improve with antihistamine medication, then you likely have an allergy or hayfever. Antihistamines do not alleviate symptoms of the common cold.

However, if your allergic reaction is more severe, antihistamines alone, even in larger doses than stated on the packet, may be insufficient to fully control symptoms, and a variety of nasal sprays may have to be added to the treatment. 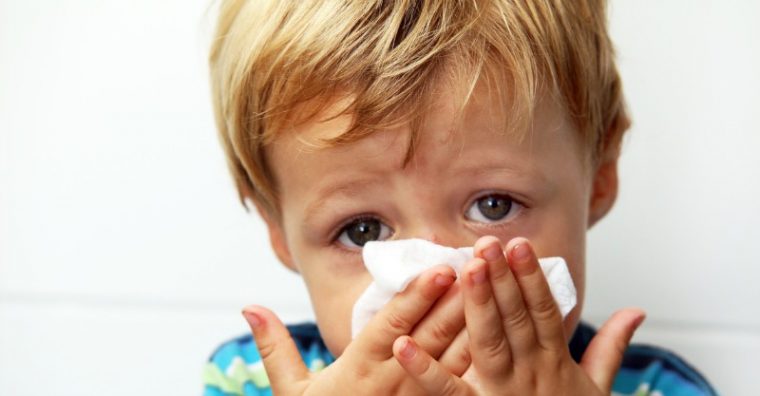 Why do we need to differentiate viral from allergic causes?

In “normal” times we usually treat the symptoms of viral infections. However, amid the COVID-19 outbreak we need a clearer picture of what might be causing our symptoms so we get tested when it matters, and not for undiagnosed hayfever.

But it’s not easy to tell viral and allergic rhinitis apart. People with hayfever also get viral colds and flus, further complicating the picture.

However, if your symptoms are different to previous hayfever episodes, or your symptoms don’t improve after taking an antihistamine, that’s another matter. Stay at home until you can get tested for COVID-19.

Anyone with only partially treated and controlled hayfever will need to realise that your sniffles and sneezes are going to be distressing to your fellow commuter, diner or shopper. So you may need some medical assistance to more fully manage your allergic condition.

This post was written by David King, Senior Lecturer in General Practice, The University of Queensland