When you speak more than one language at home, it makes sense that you would want to raise your children to speak both languages too – after all, speaking and understanding multiple languages is an ability many of us would love to have in adulthood.

But surprisingly, many parents hesitate to introduce two languages to their child from the outset – they worry that two languages will confuse them, cause speech delays, or give them a strange accent.

Instead, researchers have looked closely at the speech and language development of bilingual children found some surprising results – not least that bilingualism might just be your baby’s best shot at being a musical child genius!

Listen to the full episode on BabyLab

Does raising a bilingual child increase their risk of speech delays?

“There were studies done after the World Wars – and there were big problems with these studies. They were done using refugee children, who had not been in school for a long time,” explains Dr Mark Antoniou, a speech and language researcher who specialises in bilingualism at the MARCS Institute for Brain Behaviour and Development, who is bilingual himself.

“They arrived in the US and performed very poorly in intelligence tests, unsurprisingly – and the reason was attributed to their bilingualism. You can see the problems in that sort of conclusion …”

Unfortunately, bad science has a way of sticking around, so even today it’s not uncommon to get a recommendation from a speech pathologist, or a paediatrician to simplify your child’s language environment if they are slightly slower to start speaking.

“But there’s no scientific evidence that speaking two languages leads to confusion. So there’s a disconnect between the evidence and these sorts of persistent, negative myths surrounding bilingualism,” says Mark.

Did I do something wrong?

As a parent though, it’s hard to detangle all the different factors that might be contributing to a speech delay or any milestone your child hasn’t reached yet.

But there is a fine balance between giving your child the time they need to hit milestones, and taking action if you are particularly concerned about a delay.

“A child can have a language delay regardless of whether or not they are bilingual – dyslexia or other conditions – a bilingual child is not immune to any of these conditions,” says Mark. “So that child would have had those delays if they spoke that language or ten.” 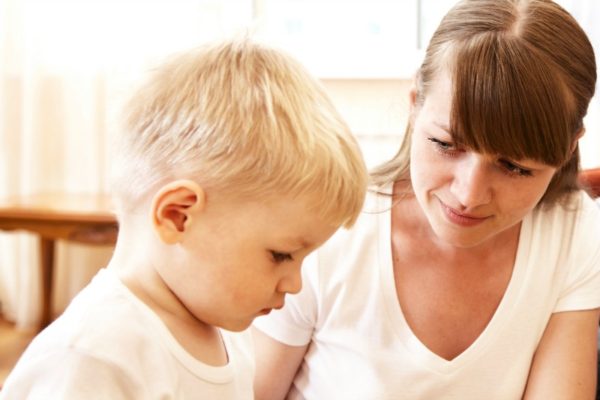 Babies don’t speak English, or any language when they’re born – they have to learn it from scratch. So many parents assume that means it would be pretty confusing for them is we’re speaking two different languages at home.

“For babies who are learning two languages, the most important thing is hearing those languages,” Dr Karen Mattock says. Karen is a researcher at Western Sydney University with a particular interest in bilingual babies.

“So the constant exposure will be shaping their brains to be responsive to the language and to learn about the sounds in those languages.”

The most common pear for parents of children learning two languages is that they won’t be able to develop either one properly. After all, there are only 24 hours in the day.

On top of this, there is concern that babies might not be able to separate the two languages, resulting in them mixing them up, but the research indicates that pre-verbal babies can sort one language from another.

In a particular study that looked at infants in the babbling stage, Karen explains, “they had a French-Canadian father and Canadian-English speaking mother. They measured babbling sounds in the presence of the father, and separate session, with the mother. And they found that the baby … did ‘French babbling’ for the father, who only used French. And it did a more English-type of babble with the mum in the room.”

This tells us that babies, like adults, are not just using the languages willy nilly – they’re aware of the language’s content, which is very sophisticated thinking for a baby who can’t even speak.

Children mix up words all the time. They are, after all, still learning. And it’s no different with bilingual children – although parents tend to be more highly attuned to notice these mix-ups and blame the dual language learning for the errors.

But what research has found is that using both languages at the same time, switching from one to the other mid-sentence, might not actually be a product of ‘confusion’ – but something else.

“The evidence shows this is not something to be worried about,” Mark says. “It’s perfectly normal for a bilingual adult or child to use their two languages in ways they deem appropriate based on the person they are communicating with. So there’s nothing wrong with using, in my case Greek and English, when I’m speaking to friends who speak those two languages.”

So for bilingual children, “when they’re speaking, [they don’t] think, ‘What it grammatically correct?’ These are automatic processes. They are expert users and we know that when they manipulate languages and switch from one language to another and back again, they are not doing it in a haphazard way. This is actually a demonstration of language mastery and proficiency.”

This is called ‘code-switching’ between languages — and it doesn’t mean the infant is ‘confused’.  They’re just using all the ‘tools’ that they have to communicate. Actually, babies are incredibly adept at ‘spotting’ the differences between one language and another.

Tuning into other languages, other patterns or speech sounds, and learning two words for the same thing are challenges that bilingual babies overcome as part of their development to become confident thinkers and speakers in multiple languages.