Despite this being the stickiest, most humid month of the year in Australia there are some very excellent reasons for having a baby this month. Or eagerly awaiting one …

Ditto, if you’re already celebrating a special person you made in February of a previous year.

According to a whole range of different sources, February babies have luck on their sides.

It’s also believed babies born in Feb are more likely to be taller, healthier and more creative than kids born in the other 11 months of the year. 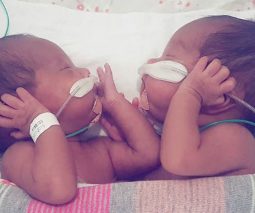 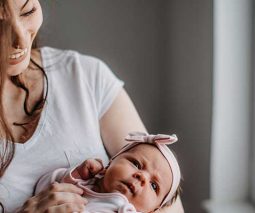 Transitioning to parenthood: How to start family life as a team 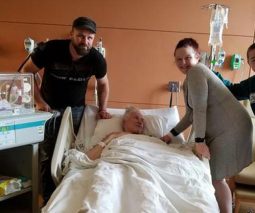 High five you guys for being clever enough to time your pregnancy so well!

In a research paper published by the Journal of Social Sciences, researchers surveyed 300 random individuals born in February. They found that an overwhelming majority of those people had great success in their chosen professions.

Another study from Harvard University claimed Feb babies were born longer than average when compared to babies born in other months.

And the United Kingdom’s Office for National Statistics found out that February-born babies (born in Britain) are the most likely to become artists.

Born under a water sign (Pisces) February babies are believed to be intuitive, imaginative and compassionate little beings. Which means they will make great friends and very warm family members.

Of course, there’s always a flip side …

But it’s not completely perfect. Like most people, Feb babies also have a darker side to their sparkling personalities, and in this case, it manifests as a tendency to be a bit escapist and – dare we say it – lazy – when they want to be!

Of course, luck is on the side of February babies, especially those born on the luckiest day of the entire year, 29th February. Qualifying them for the cute moniker of leaplings (that’s a leap year baby). Apparently, your chances of becoming a leapling are one in 1,461.

Leaplings only have a “real” birthday every four years when the leap year comes around. On the other years, they have full permission to choose the day before or after to celebrate.

Now is that lucky or what?

They’ll be in fine company

If your child makes the leapling cut, astrologers have long believed they’ll reap many benefits in life, including special personality traits and social powers.

Check out the range of talent in this pool of babies born in the second month of the year:

So if nothing else, you can be assured your tiny February baby will be in good birthday company!