“Don’t eat those peas!” I say to my three-year-old son. “I want them, they’re mine!” Giggling, he shovels a mouthful in as quick as he can. “Mine!” he yells gleefully, before shovelling in some more as I fake frown and cross my arms.

He normally hates peas and goes out of his way to avoid them. They often get fed to the dog, who is really hitting his ‘five a day’ goal. But reverse psychology with Mr three is one of my ‘go to’ parenting approaches. Why? Because it seems to work.

Whether it be getting dressed, “I don’t want you to wear this t-shirt today,” tidying up, “Don’t pick up all those toys or else” or bedtime, “Stay up as late as you can tonight”, it’s pretty effective. OK, that last one’s a bit of a push and is yet to work, but a mum can dream, right?!

Read more about behaviour and discipline:

Should we use reverse psychology on toddlers?

Speaking to other parents, I know they use a similar approach with their little ones for the same reason. But what is it about reverse psychology that does work for toddlers? And should we really be resorting to it?

“I think a lot of parents use reverse psychology quite a lot of the time,” says psychologist, Marny Lishman. “When a particular technique doesn’t work, parents will try anything to get their toddler to be compliant. Then if they find something that works, they tend to stick to it.”

Lishman notes that toddlers are at the developmental stage where they want to control as much as they can, despite being too little to do some things by themselves. Often, they come across as stubborn in their attempts to control and can cause a scene if they don’t get their way.

If parents have tried other techniques to avoid this and they’re still not working, they often revert to reverse psychology as a last attempt.

“This allows children to perceive that they actually have control over the decision, even though in reality they don’t,” says Lishman. “Sometimes it’s a good technique to diffuse a situation that could get quite uncomfortable otherwise, particularly if in public.”

If used now and again to avoid a scene then it’s not harmful. However, Lishman notes that using it as the main method of dealing with children isn’t ideal.

“It’s confusing over time and allows a small child to think they can control more than they should,” she says. “It’s also quite manipulative of parents to do this all the time and so should be used sparingly and used only when necessary.” 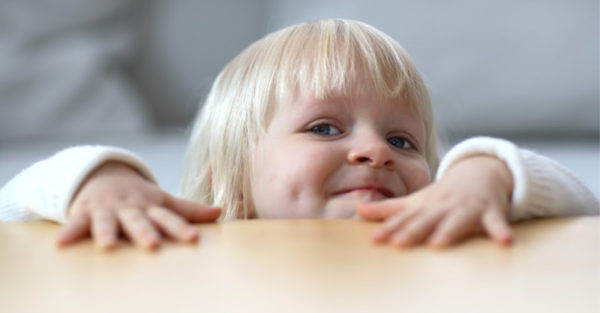 She adds that following through on punishment, rather than empty threats, is important too as is allowing for a couple of choices.

“Being overt rather than covert is a better way to go,” she says. “But at the end of the day, it’s about choosing your battles.”

And choosing your reverse psychology battles is exactly right. Especially when our little ones have siblings or become too smart for their own good.

Mum of two, Tina, says, “I said to James the other day, ‘if you don’t get in the car I’ll leave you at home’. My older son, Harry, pipes up in front of him, ‘but he’s too young to be left at home’. I was a bit stumped. I couldn’t really then say, ‘I’m actually lying, I won’t really leave him at home!’”

Similarly, Kerry Ann knew her days of using reverse psychology were up when friends came for dinner.

“I warned a friend that our three-year-old was a bit difficult, so he was prepared when he and his wife (a psychologist) came for dinner,” she says. “When they arrived, the wife, said ‘Fred, I bet you’re too little to put your pyjamas on’. He responded, ‘Oh that’s reverse psychology and that doesn’t work on me.’”