As my son thumps his little fist on his bedroom door, screaming like crazy, I know I’m doing the right thing by hiding behind it. Although my eyes are clenched shut, the tears are streaming down my cheeks. With each one of his ear-piercing howls, I feel more unhinged, more fragile and a little more broken. I am shaking inside. Between the screaming, he calls, “Mummy, Mummy, open the door!”, but I know I can’t answer him. So I push my body weight against it, just to make extra sure it is kept shut.

The mum rage was overwhelming

This was me this morning. I was suffering from a full blown bout of mum rage. That overwhelming, loss of control feeling that starts off as mere agitation before turning into standard anger and then, before you know it, crosses over into something a little scary.

It was all over getting dressed

It was a morning like any other, but for some reason I wasn’t coping like I usually do with my kids. It was a daycare day and I was in the middle of the ‘get everyone dressed, fed, teeth brushed, toileted and out the door‘ dance. Just a normal morning.

My boys were being typical little kids. Running around the house like wild monkeys and ignoring my nagging. At first I was just a little pissed off as I tried to catch one boy to put on a pair of pants and then another to get him to focus for a millisecond to step into his undies. I shouted a little and screamed under my breath in frustration.

But then I got angry.

But instead my boys got even naughtier. They became more and defiant, and I became angrier. 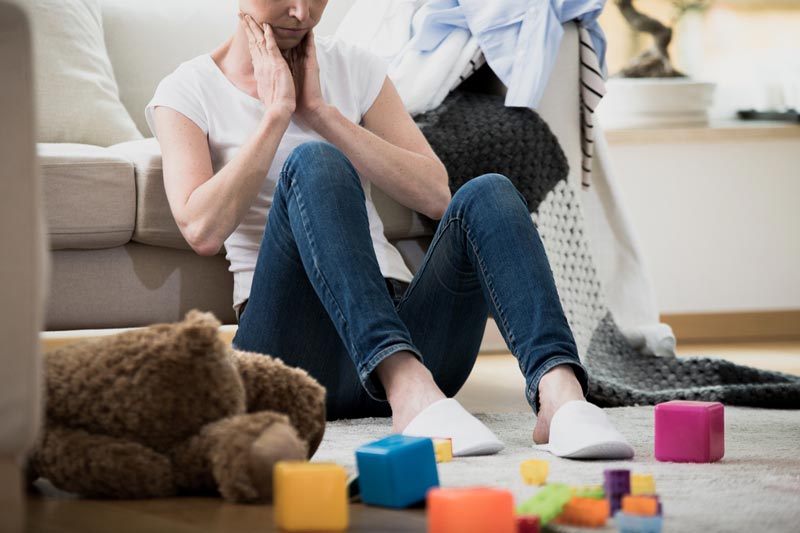 Soon I become blinded by the anger. Before I knew it, I was getting handsy with my kids as I dressed them aggressively. I was yelling and purposely tugging the jumpers over their heads in a way that would communicate my mood, and it did. Big time.

“Mummy, you are HURTING me,” said my eldest.

And that’s when I stopped.

Yes my kids were pushing my buttons, and yes my anger was justified, but I knew in that moment that I couldn’t trust myself not to intentionally hurt them. I was so cross that I knew I WANTED to (shudder). I had been pushed beyond normal mum frustration and even anger, into a rage. I had lost control.

And that’s when I knew it wasn’t safe for my kids to be around me.

So I locked myself in their room

Feeling the rage bubble over into what was probably an aftershock of emotion, I had a meltdown behind my sons’ closed bedroom door. All the while one of my boys was screaming at me from the other side of the door and the other was sobbing. As I cried and sat there, I felt my composure slowly come back. But it took a long time. I didn’t answer my kids, or reassure them that I was okay. I couldn’t. I felt washed out.

When I did finally open the door, I was met by two little concerned and upset faces. We hugged it out and I explained to them in my small voice that I felt so angry, I needed to calm down in their room. I spoke to them about how their naughty behaviour had pushed me over the edge and they said they were sorry. They knew that for a while their mummy had not been their mummy. They were so good after that with getting out the door. I think I had scared them too. I did the right thing

I know from talking to my other mum friends that mum rage is normal. It’s hard not to suffer from it. When it’s a problem though is when we know we have lost control. When we don’t trust ourselves anymore. And that’s when it’s good to have a strategy in place for dealing with it.

I learnt my lesson today. I know the best thing I can do for myself and my kids is to remove myself from them when it strikes. It’s okay to feel rage, but sometimes I just have to wait for the storm to pass behind a locked door and have a cry. I’m a good mum, but I know my limits.