While the idea of keeping your positive pregnancy pee test might be too icky for some, according to our recent poll 52 per cent of you mamas have already done it! If you’re keen to do the same then check out these six ideas for how to turn that stick into a treasured keepsake.

This is probably one of the simplest and most common things to do with your pregnancy test. If you’re the sort of person who likes to keep things like your baby’s hospital tags, their first haircut and ultrasound pics, then your pee test will be right at home here with all of those other things in a nice keepsake container (or even an old shoebox will do). You can then pop it under the bed or away in a cupboard ready for a looksie anytime you want. 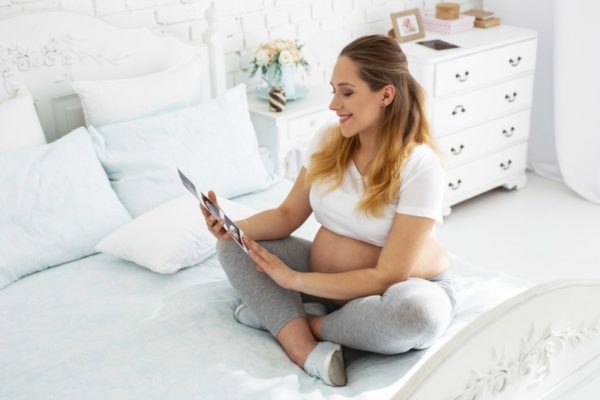 2. Take a photo then toss

This is perfect for those who can’t stand the thought of keeping a stick soaked in urine. Take a photo and then chuck the real thing in the bin. This way you’ll preserve the memory without the extra clutter, plus it’s easier for pasting in a baby scrapbook or popping up on the fridge (if that’s your thing).

3. Gift it to someone

Not just anyone you weirdo! Pop it in a box and wrap it up for your partner or a family member (such as your parents or the in-laws) to open. It’ll make a really cool surprise baby announcement, but just make sure the cap is on or that the stick is in some kind of case or plastic bag so they don’t have to touch your pee!

Place your test in a nice jewellery pouch – super handy for when you want to keep more than one test together and don’t want to take up too much room in your wardrobe. This is also a nice idea for all those mums of angel babies who may want to honour their little one who sadly didn’t make it, especially if they don’t have anything else to keep, such as photos. Sure this isn’t for everyone, but if you’re game and a bit crafty then whip yourself up a nifty shadowbox featuring your pregnancy test plus some of your baby’s other firsts like a hat, hospital tags and birth info. Then place it on the wall for a daily reminder of your little miracle.

This is the easiest option by far for those who want to keep their test but aren’t exactly sure what they want to do with it or simply can’t be bothered to put thought around it. Just chuck it in your bedroom drawer (or anywhere else convenient) and move on, and then every time you come across it you’ll have a nice little reminder of your bub. Just make sure you don’t place it anywhere it might get accidentally thrown out or where visitors could get their hands on it – ew!

Did you keep your pregnancy test? What did you do with it? Tell us on Facebook.