Well, the dream is over. It’s finally happened. My two-year-old has now joined his brothers in the big bed stakes and quite frankly it sucks. While life is now a party for him, my already stretched day has just become even shorter. Waaah!

I’ve always been a stickler for early bedtimes and making sure my kids get enough sleep. With my first two boys, I managed to get into really solid routines which was great, and then when they moved to beds I didn’t see too many shenanigans either. Of course, they pushed the boundaries initially (what child wouldn’t when they’ve suddenly been let out of their ‘cage’?), but it was very short-lived.

Admittedly we did, however, have a helping hand both times in the form of: 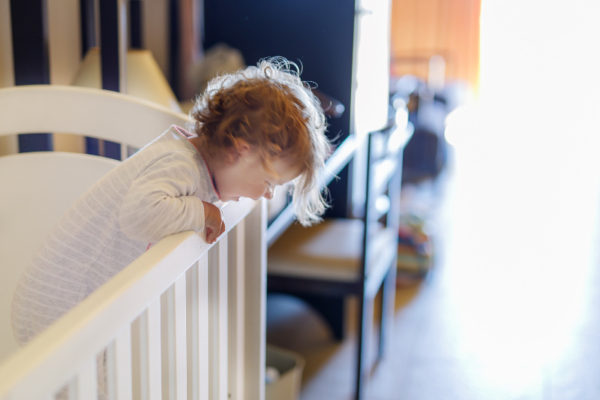 Third time around it’s been a completely different experience. The cot-to-bed transition with our youngest has been, and still continues to be, a NIGHTMARE. To begin with, he climbed out of the cot much earlier than the other two (third child after all) and so we were forced into it. Secondly, we renovated our house not that long ago and now all the children’s bedrooms are on a different level with LOW DOOR HANDLES (how did we not think about this during the build?). So goodbye shut-in option. And lastly, there is over a four-year gap between him and our middle son, so the other two read or play games (noisily!) before going to bed later on.

Before my toddler was out of the cot at bedtime we would tell him a story, walk out of the room at 6.30pm, and then not see him again until 12 hours later (other than the odd tuck-in check or attending to any nightmares or illnesses). But now every night we do the up-down circus dance routine where we put him down, he gets up within seconds (wearing his Hawaiian fedora hat because that’s appropriate party attire), we put him back down, and so on endlessly for hours until he drops from exhaustion around 9pm (sometimes even later). It totally sucks on so many levels. As a result of his night-time antics, my toddler is now cranky and wakes up an hour earlier than he used to because he’s overtired (unfortunately it’s, of course, daylight savings at the moment), meaning that I’ve now lost an hour in the morning for things like exercise, meditation and reading. I’ve also lost ANOTHER two to three hours at night when I could be watching Netflix, catching up on chores and/or spending quality time with the other big boys doing activities that are much easier without a noisy and destructive two-year-old interfering. 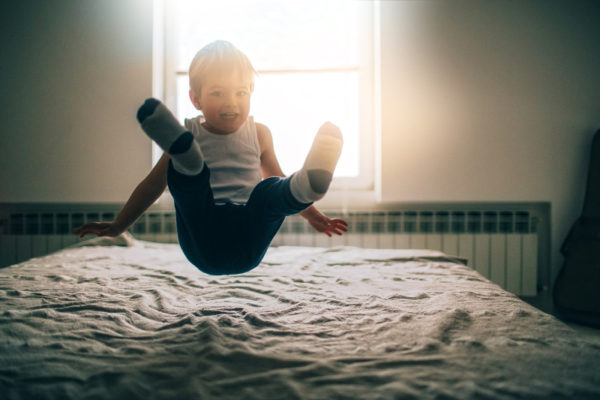 I miss those hours

Not only do I miss having that extra time in the day, but I need it! Life’s busy enough without having lengthy bedtime battles daily with a toddler – even if he is quite hilarious when he’s popping up and down. And I like to go to bed super early these days myself, but I need at least 30 minutes for me-time before doing so!

Going out at night has also become more stressful now with us not wanting to inflict the bedtime shenanigans on any family members who are babysitting. Even if only one of us is going out or is away, it means the other has to handle it all on their own (we usually take turns for each get-up throughout the night). So there can now be a teeny bit of resentment if you’re the one stuck at home. Oh, boy did we have it easy with the cot before and the other two old enough to go to bed when it was the right time!

In desperation, we’ve tried a number of different tactics with my toddler but NONE have worked. So far we have attempted:

So yep, we’re fresh out of ideas. Got any? We know it’s a phase and he’ll eventually grow out of it, but in the meantime, I want my hours back!!

What are your tips for getting a toddler to stay in their bed at night? Share your ideas with us on our Facebook page!