When Lea Hiser from West Australia fell pregnant, she never dreamed it would be the start of a heartbreaking six-year journey that saw her have a stillbirth, five miscarriages and a twin baby die in utero at 19 weeks. This is her heartfelt and inspiring story (as told to Babyology).

In 2001, my husband Chris and I had two miscarriages. Even though the pregnancies were unplanned, the babies were both very much wanted, and we grieved the loss of both quite deeply. With the first pregnancy, I found out at five weeks, and in my mind, I immediately became a mother and fell in love with the baby I was carrying. A week later I had some very light spotting and then two weeks after that, at eight weeks gestation, I miscarried.

It was a huge shock. No one in my immediate circle had experienced miscarriage so I never thought it would happen to me. I felt like a failure. Like it was somehow my fault that my body wasn’t able to hold on to my baby. The logical part of me knew this wasn’t true, but my heart found it difficult let go of my baby and accept our loss. We were lucky enough to fall pregnant again later that year, but once again miscarried.

After our two initial miscarriages, we got married in 2002, and the following year, in 2003, we fell pregnant for the third time. Just like the previous two pregnancies, though, I miscarried again at eight weeks gestation. I thought something must be wrong with me, so I had some tests to try and get answers. However, I was told there wasn’t any reason why my next pregnancy couldn’t be successful. 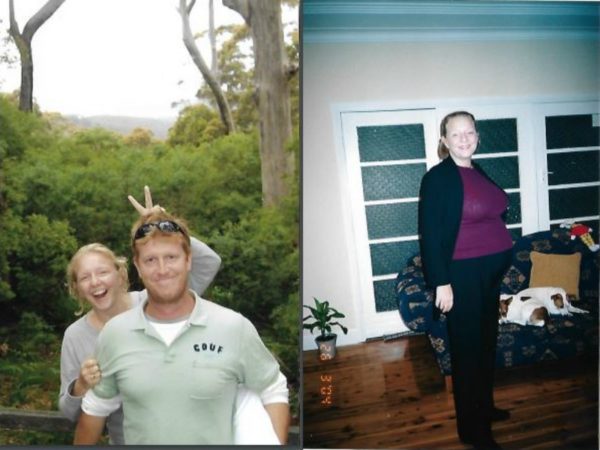 Lea and Chris before falling pregnant with Stanley

I did fall pregnant again, and when I reached 12 weeks for the first time, I thought I was out of the danger zone. My pregnancy progressed normally, although I was probably overly anxious due to the miscarriages. At each appointment, I would ask thousands of questions. I just wanted that reassurance that everything was okay.

At 37 weeks, I noticed a decrease in foetal movement. I called my obstetrician and went in for ‘monitoring’ – where they monitor the baby’s heartbeat for about an hour, and at the same time you record any movements you can feel. I was assured that everything was okay. For the next three weeks, I was so concerned about my baby that I went back for those monitoring tests every two to three days. Each time I was assured that everything was fine.

My baby was very quiet, and that became the new norm. But I had no idea what lay ahead. I remember on Sunday June 6, 2004, I went to bed and felt a huge flurry of movement. I thought, “Finally … loads of movement, the baby must be okay.” I didn’t know that a flurry of activity is just as much of a warning sign, as a lack of movement is. 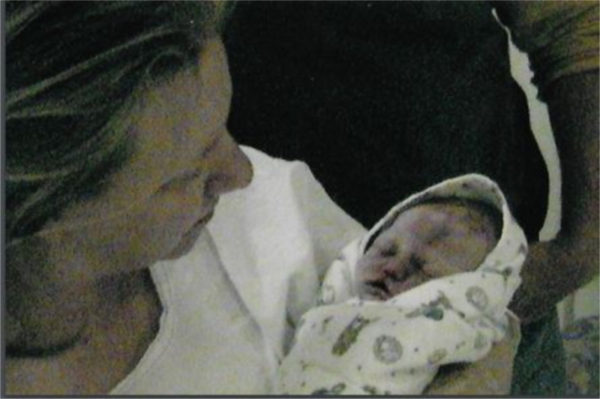 Lea with Stanley after he was born

The next day I was really busy, and I can’t recall feeling the baby move. I just thought it was another very quiet day, and then on Tuesday, I went in for my 40-week checkup, which was my due date. The day I had been counting down towards my whole pregnancy was finally here. I thought I might be given a date to induce. I went in and told the midwife that I hadn’t felt the baby move at all that day, and she said, “It’s not the baby, it’s you. We have done so many monitorings on you, and there isn’t anything wrong. You’re just failing to recognise your own baby’s movements.”

I then saw the obstetrician and told him the same thing, so he did an ultrasound. I could tell by the look on his face that something was wrong. I knew the worst had happened. I felt sick. I thought, “Please not my baby.” He asked me to sit up. I asked if everything was okay and he shook his head. My life had forever changed.

The next day, I gave birth to a beautiful baby boy with honey red hair. We named him Stanley. He was perfect. He was ours, and we wanted him to be alive so very badly.

The next two years were so hard. I had two more miscarriages and still no answers. I thought I would never have a baby. Then in 2006, I fell pregnant with twins and started seeing a high-risk obstetrician. He diagnosed me with MTHFR (methylene-tetrahydrofolate reductase) – a blood clotting disorder. I immediately started treatment, injecting blood thinners into my tummy for the remainder of the pregnancy. But at 19 weeks, I had this gut instinct again that something was wrong. I went for an ultrasound and found out I was carrying twin girls, but one of them no longer had a heartbeat. We named her Stephanie. It was another devastating blow.

In April 2007, I gave birth to the remaining twin girl who was alive and healthy. She is now 11 and thriving; her name is Tully. I went on to have two more girls, Mila who is now 10 years old, and Florence, who is almost seven years old. I was so blessed, but each pregnancy did have its own set of complications. I was also very anxious. I thought every day would be the day that something would go wrong. And even after my living children were born, I thought it was too good to be true. Even though I was so happy to finally be a mother, it was very stressful walking around with that type of anxiety every day. Chris and Lea with their three daughters

We never gave up

As difficult as my journey was, I never thought about giving up. My desire to have a living child was stronger and more powerful than anything else. I knew I would never stop no matter what I had to endure. And our ‘angel children’ who aren’t with us are still part of our daily lives. Our girls talk about Stanley and Stephanie all the time. We go to the beach on their birthdays, write their names in the sand and drop flowers into the ocean. We also light candles for the Wave of Light on 15 October for Pregnancy and Infant Loss Remembrance Day and attend as many events as possible through Sands (miscarriage, stillbirth and newborn death support organisation).

The impact being with other bereaved parents has had on us is life changing, so much so that I became a Sands volunteer because I wanted to help others. When I joined, I didn’t know how cathartic it would be for my healing. Every day I grow to understand more about grief from the other parent support people and from the bereaved parents we support.

While there is a lot more awareness now for families dealing with pregnancy and infant loss, there is still a very long way to go, and people shouldn’t have to go through loss feeling like they’re alone. Peer support was one of the only things that got me through the loss of Stanley and the others, as I knew that other bereaved parents would truly understand the magnitude of my loss. And that’s why it’s an honour for me to be able to support other bereaved parents who are dealing with heartbreak.

15 October is International Pregnancy and Infant Loss Remembrance Day. To find out more or to access support for your personal loss, please visit sands.org.au.