Many parents believe teaching their child to read is the best way to get them ready to start school, but teachers often disagree. Teachers generally consider it more important for children to know how to regulate their emotions, be confident in their abilities and be curious learners.

Parents and teachers in my study

In a recent study, I wanted to find what parent beliefs and behaviours were most effective in helping children succeed at school.

I collected data from 120 parents on what they believed was their role in supporting their child’s learning, as well as how often they did certain things to prepare their child to succeed at school.

These were often regular activities parents did that would help prepare their child for school but weren’t necessarily done with that goal.

My study also included 52 teacher and parent pairs in schools around South Australia and the Northern Territory. I married up what parents reported they did with their child before starting school with how these children fared at school across a range of developmental areas.

I also conducted follow-up interviews with 16 parents. Some were employed while others were stay-at-home parents. I interviewed fathers and mothers, as well as parents from different cultural and economic positions.

Reading most important to parents

Literacy was what mostly came to mind when parents discussed how they prepared their child for school, usually in informal and incidental ways, such as shared reading. Around 94 percent of parents did literacy activities three or more times a week.

One father told me:

“We’ve read to them since the day they got out of hospital basically […] so they have both had wide exposure to reading and books. Both the kids have got upwards of 200 to 300 books in their room.”

Literacy development is important in the early years and offers a host of benefits to children. A recent study found parents who read one book a day with their child are giving their child a 1.4 million-word advantage over their peers who have never been read to.

I asked parents to indicate how many toys and learning materials their child had at home, from a checklist of 29 widely accessible items. These included balls, colouring books and building blocks.

My later analysis showed the more play-based resources a child had at home, the more prepared they were for the academic demands of school.

This doesn’t mean parents must spend more to ensure their child’s success. Paediatricians recommend simple toys, rather than electronic or expensive ones, as best for supporting child development.

Parents preferred playing and other informal activities over formal learning, the interviews showed. Around 64% of parents said they engaged in cognitively stimulating activities three or more times a week.

Most parents said they engaged in unstructured play with their child, which often led to conversations and incidental learning. Parents spoke of using their child’s playtime as opportunities to engage with their child’s interests and design activities around them with the goal of learning. 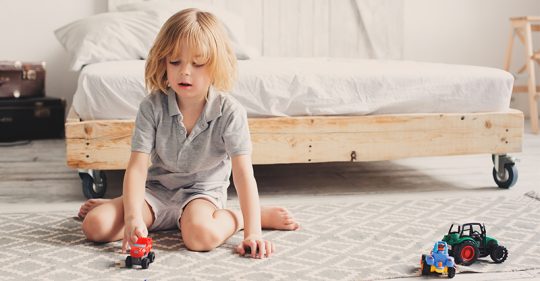 Gaps between teachers and parents

But there was some disparity between what parents most valued in preparing the child for school (literacy) and what teachers found most important for school-readiness.

Around 62 percent of teachers in my study were concerned about at least one aspect of children’s development. More than 45 percent of these related to the child’s emotional readiness – in particular, a child’s confidence in their ability and self-regulation skills.

In other research, one teacher said:

“We can teach them to write their name, but it’s more important to have kids who can function in the classroom.”

This doesn’t mean parents are failing their children; it reflects the difficulty parents face in teaching social and emotional skills.

More than 90 percent of parents in my study saw the role of teaching children emotional regulation as a shared responsibility between them and teachers. Research has long recognised education as a collaborative task, with both parent and teacher knowledge being important.

In the landmark UK EPPE study, children experienced greater cognitive gains in preschool centres that had high levels of parental engagement. The most effective settings shared information relevant to the children with staff and parents, and parents had a greater say in decision-making about their child’s learning.

A child who spends their preschool years in a play-based, nurturing and responsive environment, with a range of conversations, experiences, peers and resources, will likely adjust well to the demands of school.

But how can parents teach their child emotional regulation and the adjustment skills they need to function in the classroom?

Research shows that parents should look for teachable moments, harnessing children’s interests to incorporate learning into daily life. They can use these opportunities as a vehicle to hold positive conversations and boost a child’s confidence.

Social connections are also important. Children should have plenty of opportunities to play with their friends.

Being a role model is especially important. Parents should model self-regulation, keeping calm when dealing with mistakes and scaffolding their children to develop these tricky skills. They could be positive about school and how much fun their child will have when they go.

It’s important to find times to talk with your child about their feelings so they learn to be aware of their own emotions.

Some research has also found mindfulness for kids can help them learn greater self-control.

Amy Graham, PhD Candidate, Charles Darwin University. This article is republished from The Conversation under a Creative Commons license. Read the original article.