Brace yourself! If you have a kid about to start school or childcare for the first time, then you will have to face most if not all of these at some point.

Don’t say we didn’t warn you …

1. Wet their pants when they have never done it before

A friend’s son went to a school that had a special stash of tracksuit pants reserved for pants-wetters. Pants-wetting in kindergarten was so common that the teachers just reached into the stash and sent kids home in the spare tracksuit pants. My friend’s son managed to come home in ‘the tracksuit pants’ no less than three times, having never wet his pants before … in his life … ever. And don’t feel sad for him, he wasn’t distressed by it. Quite the contrary. She even has a photo of him happily receiving an award at assembly with the dark stains of wee running down the inside legs of his pants.

Oh, how times have changed.

I recall a boy wetting his pants when I was in kindergarten. He was taken into the sickbay and meanwhile, word spread like wildfire that someone had wet their pants. We were all so horrified by the concept that we gathered outside the steps of the sickbay building like a lynch mob. He must have heard the mob gathering because I have the most vivid memory of him coming out sans pants and standing on the top step, waving his arms like a deranged despot, shouting at us all to go away.

These days, just put on the tracksuit pants and go home.

2. Draw something disturbing that makes the teacher take you aside

One of my sons drew a picture so disturbing that the teacher just pointedly sent it home in his bag. In the drawing, a great shower of people were being shot out of the sky with blood dripping from their hearts. It was all very Hieronymus Bosch.

My own brother alarmed his scripture teacher by drawing a chalice, vividly overflowing and dripping with blood. The teacher called my mother in to ‘talk about it.’ My mother dismissed her with the characteristic, ‘pfft!’ of a 1970s mum. What can you expect if everyone’s talking about ‘the blood of Christ’ all the time, she reasoned?

Little boys have trigger words: blood and death are just two of them. 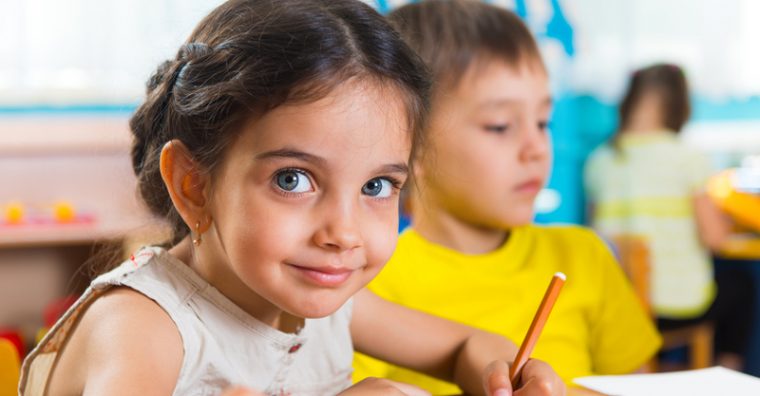 3. Draw embarrassing things about your family

Family portraits are so telling, which is why psychologists get kids to draw their families to get clues. But sometimes kids just make sh** up.

A friend’s son drew a family portrait. In the portrait, everyone was clothed except for Dad. Dad was naked but for a giant pair of curly brown underpants that could also have been a giant wodge of pubic hair. My friend swore her husband did not walk around the house nude and nor did he have a giant mound of pubic hair.

Legend has it many a mum has been depicted in family portraits holding a glass of wine as big as her head.

4. Give weird reasons for loving their mum on a Mother’s Day card

When asked to write a Mother’s Day card, your kid will inevitably isolate all the things you shouldn’t be doing as a mother as the reason they love you so much.

My own son wrote:

I love my mum because she lets me watch television all the time.

5. Reporting to the class about what you got up to on the weekend during morning news

In amongst all the educational trips to museums and outdoorsy excursions to parks that we undertook as a family, we also got hot chips and junk food on weekends. Do you think it was ever reported back that we went to the pirate exhibition at the Maritime Museum? Nope.

When I was flicking through his writing journal at the end of the year, I discovered that every second page was inscribed laboriously with the words, ‘On the weekend we went to KFC.’

I swear, we went twice out of desperation!

My son’s kindy teacher reckoned that showing privates was a rite of passage for kindy kids.

“It’s like, ‘showed privates –tick!’” she said matter-of-factly when my own son was reported back as being the class flasher one day.

Important to note, it was a one-time thing and he has never done it since.

7. Insist on going to Book Week dressed as something entirely inappropriate

Don’t judge me, but one of my kids wanted to go as Walter White from Breaking Bad. Or more specifically, Walter White’s evil alter ego, Heisenberg. There’s something about a baddie that kids just can’t resist.

He never watched the show, but some sort of cultural osmosis occurred. 8. Misrepresent your job to the class teacher

My ex-husband was a sales rep for a large wine company. His job was reported by my son as:

“My dad drinks wine for a job.”

Which, to be honest, was kind of true.

Around the same time, I was a transcriber, typing up transcripts of raw interview footage for shows like Australian Story and The Arts Show. I had to watch footage of the interviews on a TV in my study while I typed out a full transcript of the interview. This became:

“My mum watches television all day.”

9. Report to the teacher on their health in a completely colourful way

My eldest son was once sent home from school with severe stomach pains. As he writhed on the bed in agony, I seriously considered calling an ambulance, or perhaps an exorcist. When I took him to the doctor, he was diagnosed with, ‘severe constipation’ given a laxative and sent home. Somewhere between the doctor explaining the mechanics of constipation -‘a very large poo stuck in your large intestine’ and the actual word ‘constipation’ things got mixed up.

The next day as we walked toward the classroom, hand in hand, the teacher inquired about his health.

“Are you feeling better today, Max?”

“Oh yes!” he replied loudly and brightly. “I had monster poo!”

Oh, to be a five-year-old again. Where bodily functions are a blithe talking point as opposed to a source of shame. I guess we’ll all get back there eventually.