When did the phrase ‘first world problems,’ turn from a harmless joke into a way to censor someone’s emotions? My husband forgot the fries to go with our takeaway the other night and I started to cry. I really wanted those fries. In all fairness, that morning I found out third-hand that my Dad re-married. Fifty-two people liked and commented before I saw my new Stepmother’s post.

Could this classify as a first world problem? Most people don’t cry over forgotten french fries or wedding news. Some people don’t have enough to eat, computers, or Dads.

Does that mean I’m not allowed to feel bad?

‘First world problems,’ it’s a phrase thrown around these days with a range of meaning. We can use it to check our privilege when we start moaning about minutia or it can sound more sinister. Most problems pale in comparison to the trauma, oppression, and injustice in the world so why joke about it in the first place? At best it sounds like gloating, ‘This vacation is so boring,’ and at the worst it sounds like jealousy, ‘I wish your problem was my worst’.

My friend Stacey* grew up with Melanie. Their families were part of a tight-knit Irish community and the two girls paled around together since they could walk. When they were teenagers, both of Melanie’s parents were diagnosed with cancer and passed within months of each other.

One day, as teen girls do, Stacey started complaining about her boyfriend and immediately stopped, horrified. She apologised to Melanie for talking about such a minor problem. Melanie responded, “Stace, your worst thing is your worst thing. I would never compare it to losing my parents. I will always listen when you feel down.”

The grace in Melanie’s comment has stayed with me since Stacey told me the story. Today it seems like we judge and label everything, even complaints.

It’s not a competition

Everyone’s worst day could be someone else’s best. Can’t we just let people whinge without judgement? Chances are they are just blowing off steam. Shaming them for speaking will probably just make them feel worse.

I sound like a sensitive, little snowflake but what I really want to do is be more conscious about the relationship between guilt and privilege. Who gets to check whom?

I once had a personal trainer who grew up in war-torn Bosnia before relocating with her parents to Australia. During our sessions she learned, I was struggling with Postnatal Depression. She genuinely didn’t understand depression and asked me a lot of questions.

I tried to explain my mental state to my trainer as best I could. How do I tell this incredible woman, who escaped war, that I felt sad all the time? I had a loving family, enough to eat, a roof over my head and a freaking personal trainer.

Unlike most people, my trainer had every right to throw a ‘first world problems,’ in my face but she didn’t. We traded stories instead.

Hearing about my trainer’s life inspired me. She never played the victim, never compared her worst to mine. I learnt to better explain my PND and felt more comfortable knowing that it could quite simply be a matter of my brain chemistry. I was able to stop apologising for being “sad” and start focusing on feeling better.

Depression does not discriminate

It’s important to keep difficult conversations going. Depression sometimes makes me focus on negatives. Sometimes I sweat all the small stuff and I need to talk about it. If someone were to try and ‘first world problems’ me, it would probably stop me talking rather than cheer me up. I might start to censor myself and let the pressure build.

So maybe it’s not the phrase itself I have issue with, but rather the way we try and ‘one-up’ and silence each other rather than seriously discuss the root causes of our complaints. Maybe we need to be better listeners and make sure we can hear the difference between venting and a cry for help. 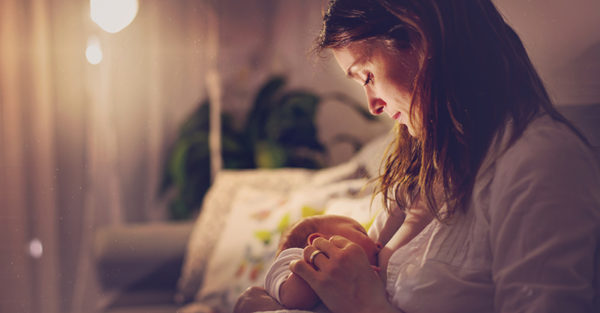 Is it time to erase the phrase ‘first world problems’?

For now, I will erase the phrase #firstworldproblems from my vocabulary because the worst thing I’m dealing with today is my worst thing. I’ve never experienced war, but I do have my own battles, just like everyone else.

I’m not saying we can’t joke about privilege but consider the reason behind the gripe. I mean, is it a grievance about missing french fries? Or is it that someone hurt us badly that day?

At the end of the day, it’s about intent. Are you trying to lighten the mood or shut someone up? It’s that massive difference between someone laughing with you or laughing at you. I know which one I prefer.

*names have been changed.

If you or someone you know is struggling with depression, Beyond Blue has counsellors on standby. Call them on 1300 22 4636 to talk things through and connect to further support.