As I scroll through my social media feed, wearing comfy elastic-waisted pants, I’m starting to notice a few distinct ‘types’ of fellow iso mums in my feed. Mums who are also quarantining at home with their families, for better or for worse.

Here’s some of them. Maybe you recognise yourself in one, or a few?

With everyone at home, Wanda’s washing load has exploded. The laundry has become another home office as she puts on load after load in between Zoom work meetings and calls.

She can’t seem to get on top of it and so everyone just looks for undies in the clean washing pile, rather than in their drawers.

Seriously, family, just put your own clothes away!

Wanda knows she’s not alone. Even her calm friend, Zoe from Yoga for Mums (one day they’ll start this again) told her when she ran into her at Coles the other day that she also has a washing ‘mountain’. Which is a little bit reassuring TBH.

Zoe feels this time of being still with her family is a gift. She’s quietly enjoying iso. No more rushing!

Zoe also feels ‘awakened’. She is practicing mindfulness, without even trying, because she just IS more mindful now. She is thankful for what she has and is aware of how much she doesn’t need in her life and what was making it feel ‘cluttered’ before.

She is enjoying living slow and posts her epiphanies about this to Instagram regularly. What an opportunity we have to heal the world and invent new wholesome ideologies!

Zoe is inspiring and possibly right, but Zoe is also the teensiest bit annoying – especially to Isla.

Isla is losing her friggen’ mind in iso and being friends with Zoe on Instagram isn’t helping.

Her kids are driving her mental, God love them. They will not stop fighting and are always whining about being hungry or bored.

Isla is also trying to work at home, while attempting home-schooling (LOL, what a joke; except it isn’t a joke. It’s a very, very real struggle and Isla is not OK).

Isla feels stressed. Overworked and way more shouty than usual. She doesn’t feel any inner calm at all at this time. In fact she’s seriously worried about losing her job and if she does, how on earth she’ll pay the bills.

But then she sees a picture of Zoe and her kids in the veggie patch, reminding her that ‘money is a social construct’ and she wants to scream.

So she makes herself a G and T, snaps a picture and texts it to Abbey from work saying, “Cheers! Wish we were having this in person.” 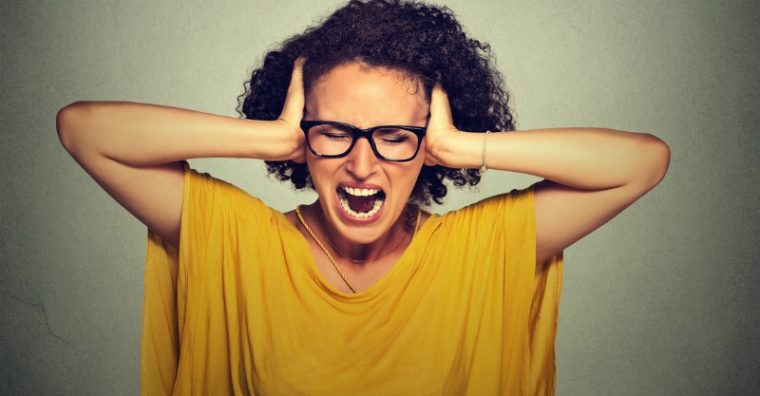 When the pandemic first appeared in the news – even before it was labelled that – Abbey was worried.

Her inner alarm bell was going ‘ding, ding, ding’ and she just knew this whatever-it-was-exactly was going to be bad.

So she stocked up on essential items, like loo paper and tinned tomatoes, just in case lockdown happened. Abbey’s no hoarder though; she’s just sensible and prepared.

Abbey’s kids are used to their mum being a worrier but interestingly, her anxiety is a lot better these days. She feels in control and safe at home. She likes knowing exactly where everyone is at all times. It calms her.

But when it comes to home-schooling, Abbey wishes she was a bit more on top of it like the class parent, Cate.

Cate prides herself on her organisational skills. She should. She’s darn good at it. She runs her family like a business, never forgets stuff because she has a brain that’s focused on the detail and also has the best online calendar there is to back her up. Cate usually wears a power suit to work but these days she lives in activewear. It’s her at-home power suit.

She sees lockdown as a challenge and she’s nailing it, of course.

Cate designed a home-schooling timetable which is planned out in 15 minute increments and shared it with the other parents, in case they found it useful. She’s shifted her work hours so she can realistically home-school and meet her KPIs. She knows her way around Google classrooms and regularly posts updates of her kids’ work.

Her daughter’s friend’s mum, Fiona, loves Cate’s timetable but can’t stick to it.

Fiona wants to emerge out of quarantine with a transformed body. She’s on some sort of iso detox and is eating well and exercising A LOT.

Her kids are joining her for workouts and jogs around the block but are not fans of zucchini pasta. AT ALL. The dinner tantrums are getting worse over at Fiona’s house.

Fiona feels that by getting strong physically, she will also be strong mentally and exercise is a healthy way for her family to pass this time.

Meanwhile, her neighbour, Lola, who has put three teddy bears in her window which Fiona’s kids love spotting when they go out for their third walk that day, couldn’t disagree more.

Unlike that fitness freak over the fence, Lola is a comfort eater. She feels the enormity of the pandemic and her heart is breaking for the world and for friends who have lost jobs.

Lola drinks medicinally (at an appropriate hour) when she’s feeling overwhelmed by having her family with her 24/7.

But Lola is also enjoying not having to clean her house (“What’s the point? No one is coming over.”) or shave her legs. She’s letting it  all go and she’s OK with that.

Her kids are pretty happy too. And that’s all that really matters, right?