All code words for one thing: your kid is stubborn.

But don’t worry, having a strong-willed child is actually a great thing. Not only are they master negotiators and playground leaders, their innate persistence is going to serve them really well in life.

My way, or the highway

When my son was four, I told him to get his shoes on because we had to go to the shops. He looked at me and said he had other plans. I raised an eyebrow and hurried out to the car, and as an experiment, I sat there for ten long minutes. Surely he’d freak out and run after me when he realised I was gone?

When I finally went back in to see what was going on, my son had happily made himself a Vegemite sandwich and settled in with a book. This was my four-year-old. A kid with plans.

For a while, I worried about my son’s hard-headed ways. How on earth was I going to raise a child who had strong opinions on just about everything? A child who would only wear shorts in winter, wanted to walk himself to school (alone) at age 5, and had creative objections to Frozen‘s plot line?

Stubborn children get a bad wrap. They come across as ill-mannered, defiant, even rude. And at their worst, they are all those things. But as my mother was quick to reassure me: “Stubborn children don’t get pushed around in the playground. They make their own way.”

As always, my mother was right. According to a 40-year-study from the American Psychologists Association, stubborn children may well be destined to succeed. The study, which tracked children from their primary years right into adulthood, found that those children who regularly broke the rules and defied parental authority, were also the ones most likely to become educational over-achievers and high-earning adults.

The authors of the study concluded that rule-breaking kids are probably more competitive, which leads to better grades, and results in an adult who’s more likely to fight for their rights (and salary). Ka-ching!

This, I tell myself, is all good news. It’s also a bit frightening. Our hard-headed, sass-talking children are basically brushing up on their negotiating skills so they can one day rule the world. 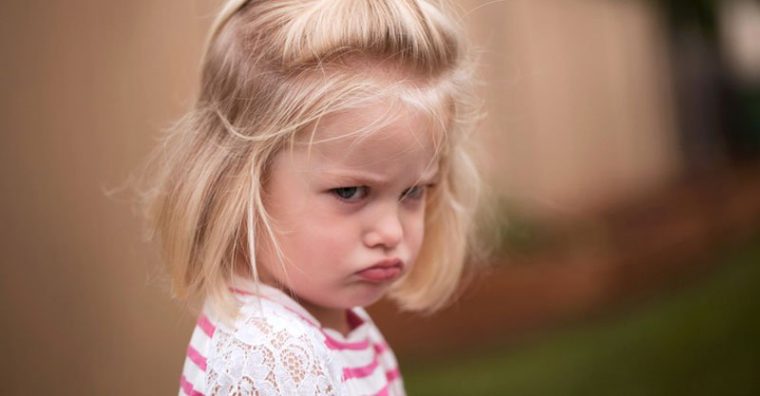 Research aside, what’s actually going on in our children’s heads when they dig in their heels and absolutely refuse to do certain things?

Professional therapists point to a few common traits in stubborn children: they tend to get stuck on things and refuse to budge. And logic doesn’t always factor into this (hence my son shivering in his shorts on a mid-winter day, because he just.won’t.wear.pants). They have very strong instincts about things, and they’ll stick to what they believe in, at any cost.

For parents, this can feel like a power struggle. A blatant disregard for the rules. But some therapists would argue that it could be more associated with an inner wisdom, or an intuitive intelligence that doesn’t always feel the need to comply with authority.

In other words, our stubborn children are also highly sensitive. They’re inwardly motivated, and when they want to do something, watch out – because they will.

So how exactly do we raise these feisty little future leaders? Here are some ideas:

(So please, can you just try the pants on for mummy? Please? Argh. I give up)