If you wrote to Princess Charlotte recently to wish her a very happy third birthday, you would have received something very delightful in return. You lucky duck! (Note to selves: Remember to send the royal family birthday cards!) 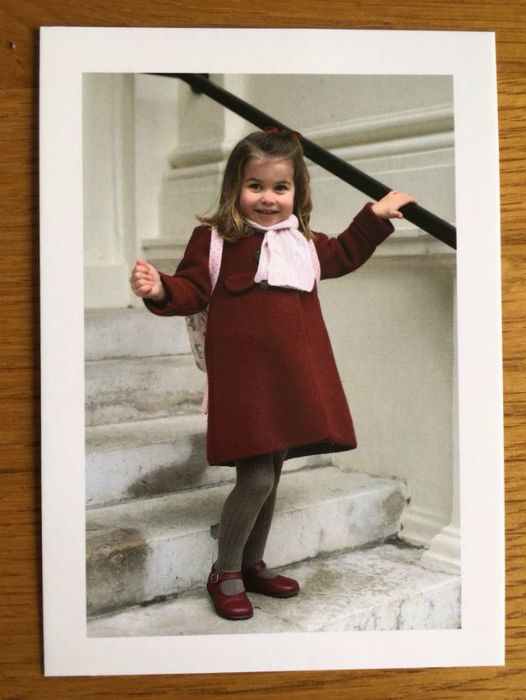 “This was most thoughtful of you”

Hello Magazine alerted us to the gorgeous tale of Charlotte-themed thank you cards and we could not love it more. Not only does Kensington Palace snail mail a thank you to royal special occasion well-wishers, in the case of this famous three-year-old’s birthday they sent beautiful notes featuring Charlotte’s portrait. 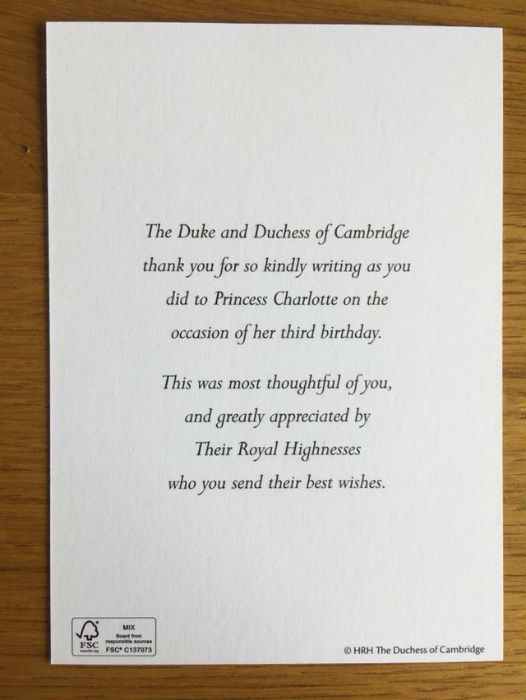 The photo on this card was taken by Duchess Kate on Charlotte’s first day of nursery school and the card featured a very posh message of gratitude.

“The Duke and Duchess of Cambridge thank you for so kindly writing as you did to Princess Charlotte on the occasion of her third birthday. This was most thoughtful of you, and greatly appreciated by Their Royal Highnesses who you send their best wishes.”

(Further note to selves: be “most thoughtful” more often.)

Keen to jump on the Cambridge royal snail mail train ASAP? George’s birthday is on 22 July, FYI. Prince William’s is on 21 June. Kate’s on 9 January. Louis is on 23 April and Charlotte is 2 May.

Many of us who fell a little more in love with “waving Charlotte” as she confidently trotted in to St Mary’s Hospital to meet her baby brother Louis, gesturing cheerfully to the assembled crowd.

When she jostled, grinned and waved her way through Meghan and Harry’s wedding, we well and truly lost it with her cute.

The Duchess of Cambridge is joined by the Page Boys and Bridesmaids, including Prince George and Princess Charlotte #RoyalWedding

And now? Now we’re really wishing we had been considerate enough to have sent her a birthday card, so we too could be rewarded with this lovely – and no doubt very collectable – royal keepsake.

If you can’t get enough of this royal kiddo, know that you will see her and her big brother, Prince George, this weekend. They’ll be front and centre, on the balcony of Buckingham Palace for the annual Trooping The Colour ceremony.

It’s not known if Prince Louis will also appear at this event, but we have our fingers, toes and even EYES crossed that he will. We would love to catch another glimpse of the tiniest royal!