There was a time when I wondered if my little guy was going to ‘find his words’. He wasn’t really talking when his peers were babbling away and so, I fretted.

But like all things, he was just taking his own sweet time.

Fast forward a few years and I now have a little chatterbox on my hands. He’s a bit over four. And as much as I adore him, I’m a bit worn out, too.

I mean, the talking is non-stop!

If your little one has also entered chatterville (and all kids do this at various ages), then I know you will relate to my feels. Here’s a few of them.

Who is this person?

What happened to my quiet little guy? The one who would nuzzle his small body into mine, to be swayed as I sang Ring-a-ring-a-rosies …

Oh, he’s still there, only these days if he’s not singing too, it’s no fun. 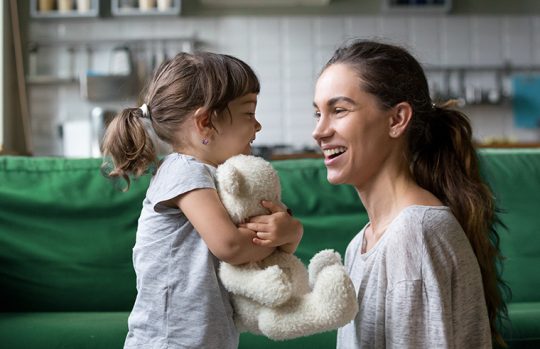 The talk is constant. It’s like he’s had a verbal explosion. Maybe this is all a build-up of all the things he’s wanted to tell me over the years but hasn’t had the words.

But it’s so noisy!

He doesn’t shut up. From the time he wakes up and tells me in detail about his dream (which funnily enough is always the same dream where he plays with the Paw Patrol pups at our house), to the moments before he shuts his droopy eyes after I’ve said, “Enough talking. Sleep time.” It doesn’t stop.

I miss my peace! I’m a bit over it

I know this is just a stage but right now I’m hiding in the bathroom, just to get a break from the conversation.

Oh, please get to the point

It’s not the constant chit chat that starts to grate on me after a while. I kinda like that he wants to engage me in every thought, feeling, pretend play and just day to day stuff he feels the need to tell me about.

It’s just that it often takes him SO LONG to get to his point Here’s an example conversation:

Him: “Okay, mummy. Mummy? But mummy. Mum, there’s a T-Rex outside. But don’t worry, Mummy, I will blast him with my blaster.”

Him: “Well mummy. You have to be quiet. Because the T-Rex has a baby T-Rex and he’s trying to sleep. SO shush.”

Me: “Okay. But you need to be quiet too. You don’t want to wake the baby.”

You get the idea. OMG, he even talks in his sleep!

Does he ever shut up! No, it seems not. He even talks in his sleep now.

We have to stop co-sleeping.

Does he do this at kindy?

“Sam is a lovely boy but needs to get the confidence to use his words with teachers and peers. This is a goal for Sam.” read his report card.

But I know he will get there in his own sweet time.