It seems like the minute you have your first baby, people start asking when you’re  ‘going again’. And if you’re still adjusting to life with a newborn, it’s probably the last thing on your mind. But, when the time does come, is there anything you should consider? What is so different for the second child, or in fact the babies that might follow after that?

Authors, Dr Susan Moore and Dr Doreen Rosenthal have recently released their latest book, Second Child: Essential Information And Wisdom To Help You Decide, Plan And Enjoy, which offers practical advice about what to expect with baby number two.

Does birth order make a difference?

My two daughters have very different personalities. My firstborn is very calm, self-contained, and not very competitive. My second, however, was born running, constantly trying to keep up and compete with her sister. I always feel that the order of their births plays a significant role in their personalities. And it seems there is some truth in it.

According to the authors, there are many factors that affect a child’s personality but birth order is one of these. In a recent article in The Sydney Morning Herald, they suggest that firstborns tend to be more hard-working, responsible and conscientious. “As a result, firstborns are likely to be high achievers academically across fields ranging from politics to science,” they reported.

Meanwhile, they said that second-born children are often more relaxed, creative and less driven than their siblings. “They may seek to succeed in areas where they don’t need to compete with their older sibling,” they said.

The authors also discussed in the article that some second children can be “rebellious and less ‘easy.'” However, a study by Joseph Doyle, Erwin H. Schell Professor of Management and Applied Economics at the MIT Sloan School of Management, takes this a step further by revealing that second-born children particularly boys are more likely to be challenging and get into trouble. “Second-born boys are substantially more likely to exhibit delinquency problems compared to their older sibling,” said the study authors.

When our second child came along, I felt very different about parenting. Naturally, there were still challenges, but I’d been down the path once before, so it wasn’t so much of a shock. My second child may have benefited from a second-time parent, but then she didn’t get the undivided attention that we gave our firstborn. Nor did she have the enormous pressure of being the first child, the first one to do everything such as riding a bike, learning to swim or going to school.

However second children, as in the case of my daughter, always feel behind, despite the fact that they are younger. She is always desperate to do what her sister is doing, despite the fact she is achieving very well for her years.

“Because of their younger age, they are fated to lag behind their older sibling in milestones and achievements,” write Susan and Doreen. “They can feel driven to prove themselves against the accomplishments of an older sibling, not realising that their lower level of achievement may be simply because of age differences.”

Should I have a second child?

The authors suggest that if you and your partner want a second child, then you should have one. “It has been said that a family of four – two adults and two children – provides the perfect one-to-one ratio of adult to child. Ideally, there is an adult available to give full attention to each child when needed,” they reported in their recent article. 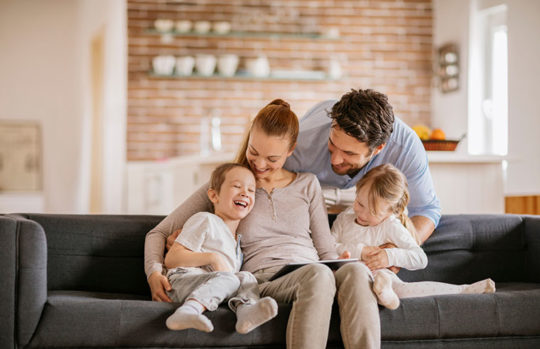 No ‘one size fits all’ family

At the end of the day, whatever size family you want, is the right one for you, whether you have one child, two children or even more. It’s just helpful to have an understanding of how each one is perhaps affected by where they come in the family. As Susan and Doreen write, “It is not family size that determines household happiness but the quality of relationships between parents and children. More important than the number of children you have is whether you and your partner are in the position to nurture family closeness and provide an environment that is safe, secure, and loving.”