Millennials have finally made it to motherhood. Okay, so they’ve actually been doing it for a few years now, but it seems the world is now paying attention to the new breed of mothers born post-1981. And it’s not all about selfies and social media. Really.

1. They look on the bright side

Even though millennials entered the workforce right when the world economy collapsed, they still forged their careers with unrelenting optimism, and they bring that same sparkle to parenthood. Perhaps it’s the side effects of being raised by the last batch of enlightened baby boomers. Or maybe it’s just that the under 35s are used to hitting the refresh button. Whatever the reason, they definitely embrace (and even chase) change, which only makes them more resilient in the parenting game.

When you grow up learning to communicate with a limited number of characters, you learn how to talk quickly and effectively. There’s no time for rambling, and this has rubbed off on the way Gen Y mums communicate in the real world. They cut to the chase, they’re brutally honest, and if they overshare a bit about their kid’s gastro problem, well, that’s just what comes with being a supersonic communicator. 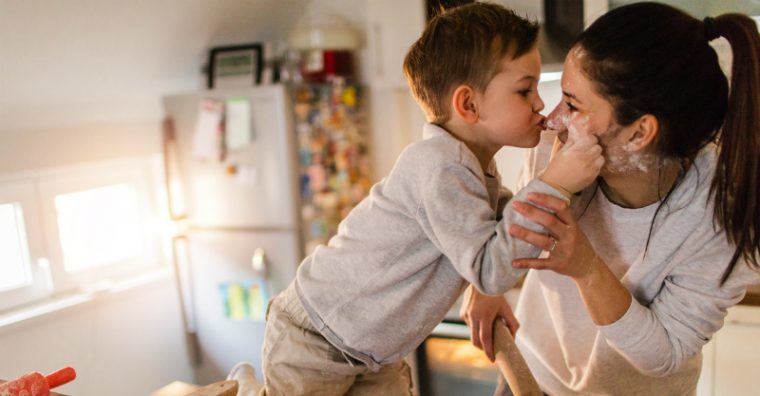 3. They reach out and look for connection online

While so many mothers before us had to make do with one copy of Baby Love and the wisdom of their neighbours, this generation of mothers are pulling parenting wisdom from all over the world. And that deep dark sea of knowledge doesn’t scare them, because they know exactly how to pick and choose their online tribe. Which let’s face it, is everything we could wish for a new mother right? The more connection and sharing, the better.

4. They’re not so crazy about rules

And speaking of baby books, millennial mothers are a bit wary of hard and fast parenting rules. They’ve seen all the weird and wonderful parenting trends that Gen X experimented with and if anything, they’re happy to take advice from a bunch of places and then try a bit of a parenting mash-up to see what works. This isn’t being over-confident or flippant. It’s just more of a learn, adapt and pivot approach.

5. They’ve got a lot on their plates

Soaring house prices, less job stability and ever-increasing childcare costs mean this generation is definitely doing it tougher than their parents. So even though millennials are very good at portraying shiny happy moments on social media, honestly, they’re just dealing with the same day-to-day struggles of older parents. And then some.

6. They don’t take themselves too seriously

Having been raised on a giddy, endless stream of TV and social media, Gen Y mothers are pretty good at spotting the humour and irony in most parenting situations. They’ve learnt enough from their Gen X sisters to know that parenting is not a competitive sport and, if anything, they respect other mothers who can keep things real. This is how we end the mummy wars. This is progress.

If our mothers had access to baby Converse sneakers, size 0 trench coats and designer prams, they would have bought them too. Millennial mothers have just lucked out, timing parenthood with a worldwide explosion in baby design and fashion. Plus they can buy clothes online while they’re sitting at the playground. That is a revelation for all mothers.

Millennial mothers, I salute you.