I always thought the third child was supposed to be a breeze. You’re more relaxed as a parent and therefore so are they, they slot right into whatever you’re doing, sleep through the night from birth and practically raise themselves. Right? Wrong! Here are all the surprising things I’ve discovered with my third baby.

1. Reflux can get worse

My first two boys both had reflux, so I was no stranger to walking around with a spew rag permanently thrown over my shoulder and holding them upright after a feed to avoid screams of pain. But Mister Three really took the prize for the worst case of them all. He was on two different types of medication and a probiotic, we tried reflux and normal formula, putting him to sleep in a bouncer in the cot, and I also expressed and put thickener in my breast milk. Nothing worked, we just had to wait it out. And so for the first four or five months of his life, I just walked around with him attached to me in the Bjorn or on my shoulder. Fun times.

2. I knew nothing about sleep deprivation

I thought I knew a thing or two about surviving on little sleep after having two children. Oh, how I miss those naive days. Thanks to point number one, sleep became a distant memory with my last baby. I seriously don’t know how I functioned at all – I don’t even drink coffee for eff’s sake. People would say to me, “sleep when the baby’s sleeping”, but how could I, when he was usually in my arms or attached to my front? AND I had two other kids to look after. I started to learn the art of cat napping while sitting upright in a chair. And there might have been a few times when I drifted off while I was standing up holding him – DANGEROUS! 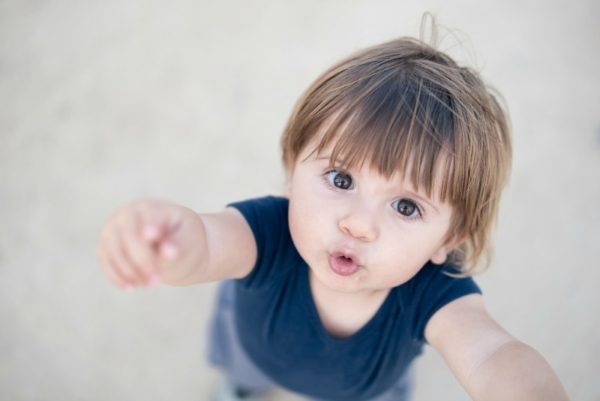 Third children are usually pretty independent because they have older siblings to look up to and run around after – I myself am the youngest of three and according to my mum, was easy-breezy to look after. But my one-year-old is SO demanding! He needs to be held all the time, is super clingy and requires so much attention. Don’t get me wrong, I love the closeness, but there’s always so much to be done! Half the time I can’t do anything unless he’s asleep.

4. I needed a noise machine

My other boys just had to sleep through whatever was going on, but this time we borrowed a noise machine for my baby’s room. I know – you’d think it would be the other way around! But I was worried about sleep issues given his two older brothers are crazy loud, plus we recently lived through some major house renovations. I just couldn’t face the idea of a one-year-old that was permanently cranky from no sleep, especially given the rough reflux start we’d had. The noise machine has worked for us and makes me think I should have used one all along with all my kids – I can highly recommend it! Of course, playing a downloaded white noise or rainfall soundtrack on your phone also works just the same. I’m no stranger to rowdy little boys, given I have three, but the littlest one is the biggest firecracker of them all! He is a maniac when it comes to destroying everything around the house, is insanely curious and “Captain Shouty Pants” should have been his birth name. I get the loudness factor – he has a whole household to compete with after all – but why is he such a destruction machine?! We can’t leave anything anywhere, or any doors open to any rooms that are tricky (like bathrooms or the laundry with cat food). I remember the others had their moments also, but nowhere near as full-on as this little buster!

I had always wanted three kids and so when my last baby came along, I felt major contentment that my family was complete. However, what is surprising is that I’m still firmly inside that love bubble. My husband and other boys feel it too. I’m not sure whether it’s because he’s our last baby or that there’s a bit of an age gap from the other two, but despite the challenges with a toddler on the move and a family of five, we’ve never been more in love with all of our children. So if you’re unsure about trying for a third, I would definitely go for it – you might be surprised at how it all turns out!

Did you find anything surprising when you had your third or fourth children?