I’ve had three kids and I’ve made all these mistakes. Some of them I’ve made several times. Especially the first entry on this nauseating and depressing list. But cheer up, parents! They grow up and stop being gross so fast!

1. Never stick your finger in a nappy to check for poo

This might seem really obvious because who wants to clean poo out from under their fingernail? But when your kid is wearing a onesie and pants, you can’t just peek down the back of their nappy for a stinker. So, you whip a hand down their pants and a finger into their nappy. What’s that? I’m the only one who made a habit of this? Well, that’s embarrassing.

2. Don’t toss a freshly fed baby above your head

Unless you enjoy trying to clean sour milk out of your hair with baby wipes. Then, by all means, toss away.

3. One snuggly toy is never enough

You know that snuggly toy your child is so attached to and won’t go to sleep without? Drive to the shop right this second and buy three more exactly like it to use as replacements when the original inevitably goes missing. Go home, place them all on the driveway and run over them with the car a few times. Then, sleep with them for a few nights. If they don’t look and smell exactly like the original one, your child will instantly reject them when you try to pull a swapsies.

4. Never, ever brag that your baby slept through the night

Because the jinx gods are listening and they will rain their fury down upon you in the form of months of sleepless nights. If your baby sleeps through, don’t utter a word about it. Not to your partner, not to your mum, not to your best friend or your mothers’ group. Don’t even think about it for too long. What happens at Sleep Club stays at Sleep Club.

5. Do NOT buy them a treat at the supermarket *just this once*

Bahahaha. Haha. Hahahahaha. Didn’t you know that children have a special cortex in their brains that remembers every single treat you’ve ever bought them at every location on the planet? It’s like a map with flashing red dots and GPS coordinates and everything. As soon as you pull in the car park, they’ll be wailing, “TREEEAAAATTTT!” Even if you deny them 47 times, they’ll still remember that ONE time and ruin every supermarket trip forevermore.

6. Never let them see a single episode of Dora the Explorer

Unless you like highly irritating character voices and grating songs that will stay stuck in your head till the day you die. Then go for it. 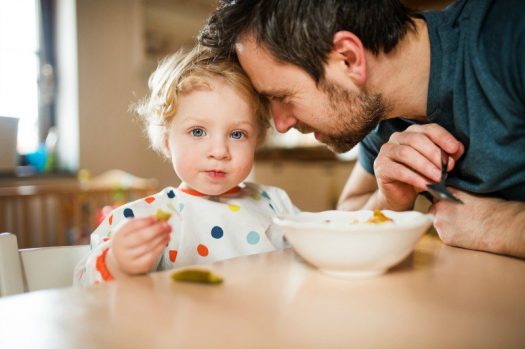 7. The more time you spend cooking, the less time they’ll spend eating it

It’s a simple inverse correlation. The harder you try to make something special for dinner, the larger the tantrum they’ll throw. If you really have your heart in it, they might even fling their food across the room and tell you they hate you. Don’t bother.

8. Never, ever sniff their undies to check if they’re clean

For some reason, I find this worse than the finger-in-the-nappy one because baby poos are relatively inoffensive. But sniffing a toddler or a big kid’s undies? BAD IDEA. Nine times out of 10, they’re dirty and they smell like butt. Really stinky butt.

9. If you plan a girls’ weekend, your child will develop a serious illness the night before you leave

I’m not talking about a mild cold either. Oh, no. I’m talking hand, foot and mouth disease, croup, measles … something nasty that’ll have you sobbing and wondering if you should cancel the whole trip. Newsflash: your partner is a parent too. Pack your bag, run out the door and don’t look back. You can always send 476 texts to check up on them.

10. That late-afternoon catnap in the car will ruin your life

It’s late, you’ve had a big day at some social event and your kid won’t stop whingeing in the back seat on the drive home. You glance into your rear-view mirror and notice their eyes slowly closing. You know this nap is a VERY bad idea that will result in a ridiculously late bedtime, but you want a break from their complaining so badly that you’re tempted to let it happen. DO NOT DO IT. Future You is begging you to not be so short-sighted. When you’re still trying to get the kid to sleep at 10pm, you will be very angry at yourself for letting this nap occur. Now get clapping and singing, Mama – you’re almost home.