A dad has reached out to other parents in a Reddit thread with a concern that is all too familiar.

The dreaded daycare drop off

The dad is asking for strategies to ease his three-year-old into childcare. He says his little one doesn’t cry or latch, as many kiddos with separation anxiety do. Instead, she just gets really, really sad, shutting off and shutting down at drop-off time.

His heartbroken plea for help reads:

“When I drop her off, she becomes very sad. It’s not so much that she’ll latch on to me, or that she’ll cry. She’ll just disappear into herself. Her hands go up to her face in a guarded posture, and she’ll just stand off to the side, or next to the teacher, while the other kids play. This goes on for up to an hour until she eventually works her way through it, and then she joins the fun.” 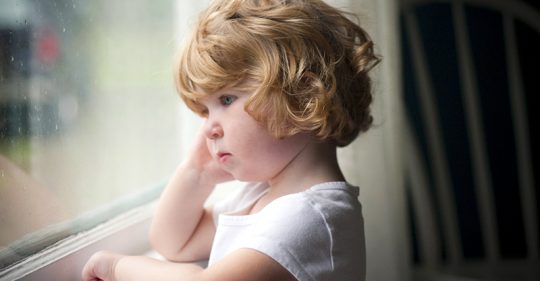 The dad goes on to explain that he’s tried a few different things, like “talking up the excitement of the day, ensuring that I’ll come back, and outright bargaining. Nothing seems to work with any regularity,” he sighs.

Then he wonders, as we all do about different things, if he’s projecting onto his daughter.

“She is a generally happy child who is the life of the party when she wants to be. However, I fear she is also her father’s daughter. I need people like I need a hole in the head, and I want to avoid that outlook with her. Her mother and I have watched too much of our lives pass us by instead of being active participants. I want my girl to jump right in there and take the reins.”

“I’m getting a bit philosophical here, but how have you gotten your kid to move past sadness when you drop them off, and into excitement about all the fun they’ll have?”

Could she be an introvert?

Then the introverts came to the little girl’s defence and suggested she may just need more time to settle than other children.

“It may not be sadness. Introvert here, and I’m thinking this is more along the lines of a transition adjustment. Even for me, the first hour of my work day I prefer to be alone, get my ducks in a row and then jump in,” they said.

“She sounds like a lovely little girl who just takes her time transitioning into the classroom,” she adds.

The online village responded in kindness, sharing a number of really helpful strategies, among them this idea for giving his little one a job in the morning to help her to find her place.

“My friend’s son has a hard time at preschool drop off too. Her and the teacher came up with a sticker strategy. Every morning my friend gives her son a sticker and it’s his important special job to give it to the teacher. Maybe having some direction would help your daughter focus less on you leaving her and more ongoing inside to the classroom?” suggests one user.

“Great idea, responded another to the sticker strategy, who then went to reveal her partner’s funny technique:

“We had a crier and a latcher and my husband came up with the idea that she could ‘push’ him out into the hallway while he made a big deal about ‘where are you sending me?’ She got so into pushing him out of the classroom and her laughing and giggling behind the gate and him making a big scene while ‘falling’ down the hall that it got better. Having a task worked well.” 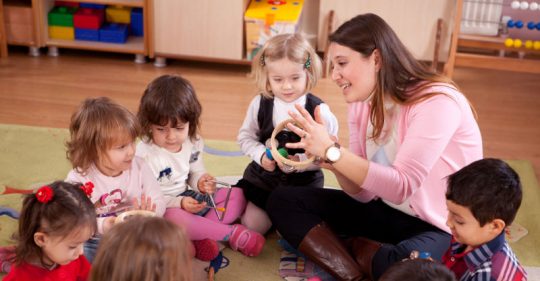 2. Bring the family to childcare

While lots of parents commiserated that their kids also struggle with the drop-off, one parent suggested giving little ones a reminder book.

“If you think her sadness is related to missing you/separation anxiety … we made a book for our son that was full of pictures of us as a family. His teachers said it really helped. He would look at his special book for a few minutes, then feel better and join the group.”

“My son was having issues this year too,” responded another, echoing the family picture idea. “The teachers suggested that we print out a picture of the family for him to keep in his pocket. So everyday he would have the picture in his pocket and pull it out if he needed it.” 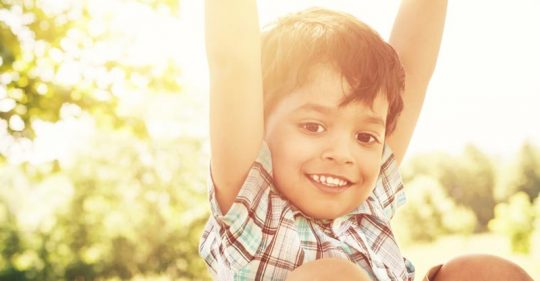 Among all the great suggestions was this one, which is perhaps the cutest goodbye ritual ever.

“I don’t know if this will be helpful to your situation but my son goes through this for a couple of minutes when we go in (he’s 3.5). We have a routine where he comes to the window and I pull around to the window as I drive away and we have a special wave we do (it’s bunny ears). It helps him transition and know exactly what’s going to happen.”

“I’m sorry, I was asking for advice, not to melt from hearing the cutest thing ever,” replied the dad.

Ours too. Ours too.