Christmas is coming. Gulp. And with it comes a whole bunch of negotiations and logistical plans … especially as your family grows or changes.

To Santa or not to Santa

One mum of an almost two-year-old is already knee-deep in this sort of chatter. She headed to Mumsnet to share what’s going down, and get a bit of a sanity check.

She explained that her mother-in-law was excited about Christmas and had mentioned that the 22-month-old toddler will soon be excited to learn about Santa Claus.

“I mentioned we were thinking of not doing the whole Santa Claus thing and telling him the truth,” this mum writes.

Her mother-in-law “said how awful I was, and I will be ruining Christmas for my child and that I’m a very selfish woman.”

This mum wonders if that’s an “over-reaction” and says “it won’t ruin Christmas.” She then asked how other parents handle Christmas, Santa Claus and kids.

“Frankly, I think it makes you a fun sponge of the highest order,” one person wrote.

“Why would you do that? The Grinch is alive and well,” someone else posted. Don’t spoil it for others

Many warned this woman about the trickle-down effect of this sort of honesty.

“If you tell him the truth from an early age you better do some serious priming to make sure he doesn’t spoil it for his peers,” one person posted.

“If you do make sure your child knows not to tell anyone the truth,” another mum warned. “When my daughter was 3 a boy in her nursery told the entire nursery class that Santa wasn’t real this was while the kids were waiting for Santa to come into the nursery. His parents had decided not to do Santa for him.

“When I worked in an infant school, there were often a couple of children who knew and they usually took great delight in telling their peers Santa didn’t exist. They then got upset when they were told off.”

Santa is a lie!

Not everyone was in the pro-Santa camp. Lots of people thought the Santa story was dishonest.

“I’m with you,” one wrote. “I don’t see how literally lying to children and setting them up for utter disappointment when they find out it isn’t real is kind or good parenting!”

“I also won’t be teaching my children to lie to their friends and pretend Father Christmas is real either,” another parent commented. “I respect my children and want to teach them good life lessons.” 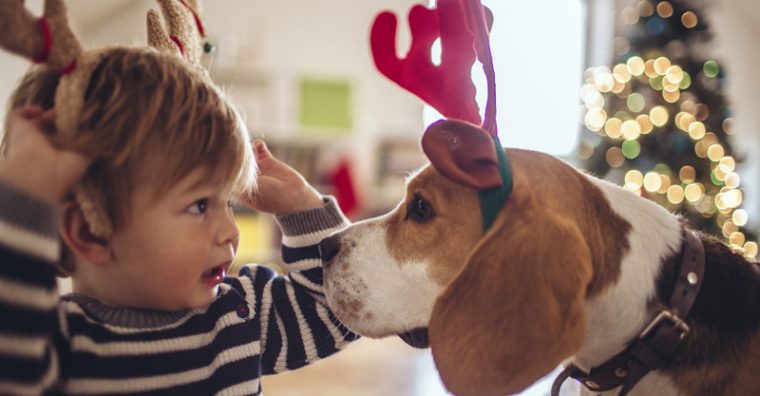 Rise to the challenge

But loads more parents said the Santa story was a magical part of their childhood. They still marvelled at the ways their parents pulled it off.

“My parents went to huge lengths to lie to us about Father Christmas, and I’m so glad they did. We would be sent to bed on Christmas Eve, then they’d wake us up for midnight mass. We’d feel the stockings on our way out to the car, and all be out within a minute or two of each other. Then we’d run in first back from the church at midnight and he’d already been. Brilliant fun.”