Wondering why the youngest royals often look like they’ve stepped out of another era? There are some sensible reasons behind Kate’s choice not to dress them in more modern garb.

The little royals are dressed with diplomacy, formality and longevity in mind. Traditional garments that might have been equally at home in the 1950’s are often favoured, their formality a nod to the importance of the events they are attending and their classic styles aimed at making any images of them captured a little more timeless.

Prince George and Princess Charlotte joined the #RoyalWedding as a Page Boy and a Bridesmaid. 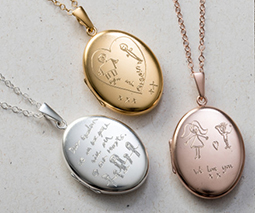 Young George had never been seen in long pants – until he wore a little uniform at Meghan and Harry’s wedding -in line with a tradition that dates back centuries.

“It’s a very English thing to dress a young boy in shorts,” British etiquette specialist William Hanson told Harper’s Bazaar. “Trousers are for older boys and men, whereas shorts on young boys is one of those silent class markers that we have in England. Although times are (slowly) changing, a pair of trousers on a young boy is considered quite middle class – quite suburban. And no self-respecting aristo or royal would want to be considered suburban.”

The traditional clothing the little Prince and Princess wear also mean they’re not favouring any trends or drawing too much attention to their outfits. They’re always dressed in a similar way – a sort of familiar royal uniform – and it helps take the pressure off a little when circumstances dictate they must appear in front of the media.

While there’s usually a flurry by the general public to snap up the clothes the children wear, they’re generally not setting any new fashion trends or endorsing the usual luxe labels or high street brands we see on Instagram. When George and Charlotte attend an engagement, it’s hoped that we’re chatting about the children, their behaviour and the event – rather than what they’re wearing.

The little royals are however often seen championing some classic and niche British designers. When Charlotte trotted and waved her way into St Mary’s Hospital to meet her baby brother, she was wearing a smocked dress by Little Alice London, a label owned by an old friend of the Duchess of Cambridge, with a vintage-style cardigan.

“They’re not going to date”

British childrens’ wear designer Rachel Riley is another favoured by Duchess Kate. Rachel says says the clothes she designs for kids are an updated version of classic styles, and that they’re perfect for the very formal engagements the little Prince and Princess attend.

Rachel thinks that these traditional looks fit right in with the styles former royals have worn and they’ll not look out of place in the crown’s family photo album.

“While I don’t wish to mimic period drama – shorts are wider and longer, proportions more relevant for the 21st century – I do think my clothes are traditional and that is perhaps the appeal for the Duchess of Cambridge,” she told The Telegraph. “My clothes are better suited for formal occasion wear, which is predominantly what people come to us for. They’re not going to date in photos in years to come.”