Reducing risks for children has become the norm but somewhere along the line, our desire to protect them has hurt them.

Which is why nature play and child-led play have become so important, as their approaches to play in childhood underline the importance of letting a child take risks to understand their boundaries, to learn resilience as they grow and develop.

“[Children’s] brains are wired to take risks to be able to develop the way that they should,” says Sarah Huntstead, a former paediatric nurse and CEO of CPR Kids.

“If we take away those risks, then what happens is that their brains aren’t able to develop as they should. Physically, they need to be out there and pushing themselves as well. Without that, they are not able to become competent little human beings.”

How to introduce risky play

So how do you work out what’s a good risk when it come to play, and what’s a bad risk? Sarah says there’s no cut and dry answer to this, but being prepared is vital.

“There are 68,000 kids every year who are injured; who are hospitalised due to injuries alone in Australia,” Sarah explains. “The majority of these happened in the home and a lot of them, for example, might be bike riding incidences. Does that mean that we don’t let our kids ride bikes? No, absolutely not.

Weighing up the benefits

It’s also about weighing up the benefits when deciding what activities are appropriate and safe for children.

Over the years, monkey bars, trampolines and doing cartwheels have all made headlines for being too dangerous. Sure, kids have hurt themselves, but there’s also a whole range of positives that should be considered before banning these activities.

When Sarah’s daughter was four years old, she broke her ankle on the trampoline.

“She was bouncing on there, but she was bouncing with another person. I wasn’t home at the time. And what happened was, is that she did the classic double bounce. And so she ended up getting a broken ankle from this. Did we get rid of the trampoline? No, we didn’t,” says Sarah.

“The joy that this trampoline would bring. We’ve got a very small backyard, and for the amount of exercise it gave them, the benefits outweighed the risks. We talked about no double bouncing and that kind of stuff. But we still kept the trampoline.

“You could mitigate risk until the cows come home. But accidents happen. They do. So being prepared for that is incredibly important.”

That means knowing first aid for things like broken bones, cuts, head injuries and CPR. To help you get started, Sarah has given us a quick rundown of some basic first aid. 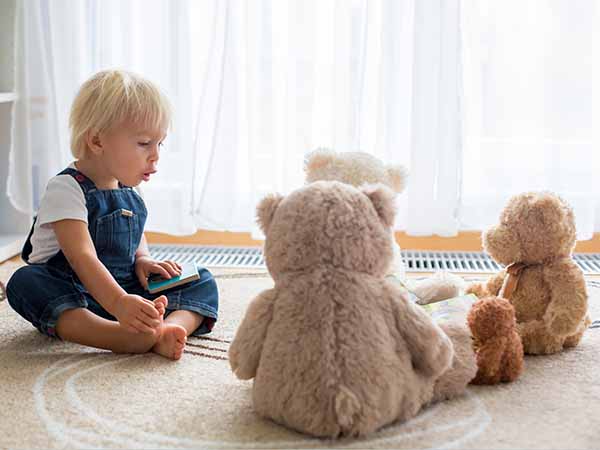 If it’s a visible broken bone, keep your child calm, still and in a position of comfort and call an ambulance.

“Badly broken bones need an ambulance because they can be incredibly painful,” she says.

If you aren’t sure if the limb is broken, signs to look out for include:

If you suspect your child might have a broken bone. Sarah says to do the following:

What if my child loses consciousness?

If your child has been knocked out, they need medical attention.

“If your child has had a loss of consciousness, even if it’s only for a few seconds that your child has been knocked out, it’s a severe injury in a child, and they need to go to the hospital,” Sarah says.

If there’s an egg on their head, that egg should be firm to touch.

“Imagine it’s like an avocado. This avocado that might be okay for a salad. You know, it’s quite firm. But that egg on the head, that feels squishy. So it’s an avocado that you’re going, ‘Dude. I’m only using that for guacamole.’ That’s not good. That could mean there’s a fracture under there. Or there could be a lot of bleeding, and we need to have a trip off to the hospital.”

How to stop cuts from bleeding

A child’s head is very vascular, which means there’s a good supply of blood, so even the tiniest of cuts can bleed a lot.

Here’s how to treat a cut, according to Sarah:

Last and perhaps the most important, Sarah says parents know their kids the best. So if they feel like they are behaving strangely or that something isn’t quite right, they should trust that instinct.

“I really, truly believe that parents have got a barometer inside them that if you have a look at it and you go, it probably needs to be looked at by a doctor. If you look at it and go, ‘Oh, no, that’s fine’. It probably is.”