Anyone who has seen or heard the sound of a baby gasping for air understands how serious whooping cough, or pertussis, is if caught by a baby.

While there are immunisation recommendations in place, Dr Nicholas Wood from the National Centre for Immunisation Research and Surveillance told Health Report, “There is in an immunologic gap between birth and around about ten weeks of life.”

A team of researchers, including Dr Wood, set out to see how newborns responded after being giving a pertussis vaccine in the first few days of life.

“What we sought out to do is to see, as you mentioned with the birth or the whooping cough vaccine, would the babies respond to making a good antibody response,” Dr Wood told the program.

Although previous studies suggested that a birth dose of the vaccine doesn’t work, Dr Wood and his team had some “promising results”.

“So we’ve done a small pilot study a few years before this larger trial and that gave us promising results to dive into a much bigger study with just over 220 babies who got the whooping cough vaccine at birth and we compare that to about 220 babies who just got the standard schedule.” Read more about vaccines and immunisation:

“So we just took the monovalent or just the whooping cough part and gave that to the babies in the first five days of life.”

“There was a study in the US that suggested if they got diphtheria, tetanus and the pertussis part that the baby’s immune system didn’t respond as well as if they just got pertussis.”

Researchers measured the whooping cough antibodies at birth, six weeks, ten weeks, six months and eight months old and found the “the antibody level was much higher in the babies that got the whooping cough vaccine compared to controls.”

The only challenge is that it’s not known how much antibody is needed for a baby to be protected against whooping cough.

“So what we did in the primary outcome of this study was to measure the amount of whooping cough antibody to two parts of the whooping cough bug,” explains Dr Wood. “One was a pertussis toxin and another part was a pertactin.

“And we know from Swedish household contact studies in the 1990’s that if you had both these antibodies present you were probably protected to some degree from nasty whooping cough. And so that was the primary outcome.” 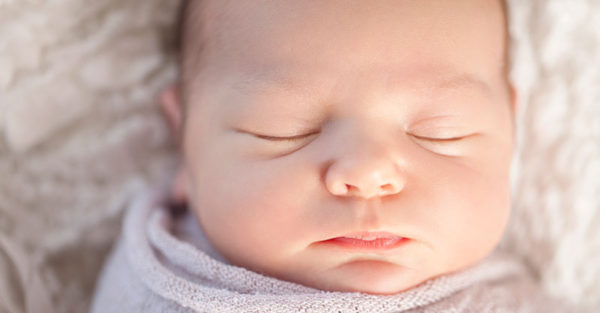 Researchers were worried about the vaccine causing fever in babies, but Dr Wood says there was no difference in the rates of fever.

“In fact, the fever rates were very low … We looked at the baby’s legs where they got the injection and again there was no difference in redness and swelling from the whooping cough and the hepatitis B vaccine.”

Despite the encouraging results, Dr Wood says the current maternal vaccination given to pregnant women at 28 to 32 weeks is still the ideal approach. Not to mention, the monovalent vaccine isn’t currently available in Australia.

“Mums are very good at making antibody and it’s actually actively pushed across the placenta into baby. So baby starts life with a higher antibody level than mum does,” he says.

But the antibody that mothers give to their baby decreases over the first three to four months of life before bub gets her own vaccine.

“So it’s this immunologic gap between birth and around about ten weeks of life and that’s what we’re trying to cover, either with a maternal vaccine or possibly with this birth dose pertussis vaccine,” said Dr Wood.

He added: “In some babies where mum doesn’t get that particular whooping cough vaccine, they may be, in the future if this vaccine were to become more widely available, a potential other option.” 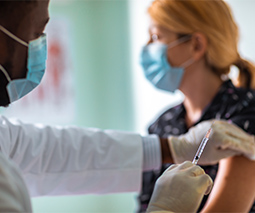