Another person in NSW has been diagnosed with measles, and she spent quite a bit of time moving around Sydney before she realised she was ill and infectious. Here’s what you need to know:

Another case of measles for NSW

NSW Health issued a fresh warning yesterday as measles cases across the country continue to climb.

“Students, train passengers and shoppers in Sydney and Maitland are being advised to watch out for symptoms of measles after a young woman was diagnosed with the highly-contagious disease,” they said in a statement which details the places this woman visited. (Be sure to check if you or your family members were there too.)

This new case brings the state’s measles tally to 35 since Christmas, and people who may have been in these areas are advised that symptoms could appear up until at least 23 April.

What are the symptoms and dangers of measles?

Symptoms include fever, sore eyes and a cough followed three or four days later by a red, spotty rash that spreads from the head to the rest of the body. Measles complications include pneumonia, encephalitis, hearing damage and more. In some cases complications can be fatal.

If you think you are infected you should telephone your GP or hospital to make arrangements and seek advice, rather than expose people in the waiting room to measles too.

This new case brings the national total to 85 for the year and we’re only a little through April. Last year Australia only reported 103 cases for the entire year. In 2017 we had 81 reported cases across the country – we’re already ahead of that entire-year total.

MEASLES ALERT 10/04/19: @Macquarie_Uni students and people who have been around Central Sydney and Maitland are being advised to watch out for symptoms of measles after a young woman was diagnosed. Read the full media release: https://t.co/jwrI5JEsR9 pic.twitter.com/nYNknBzdel

NSW Health Director of Communicable Diseases Vicky Sheppeard urged people to get vaccinated, but especially those who are travelling overseas.
“We cannot stress enough the need for holidaymakers to be vaccinated before travelling to South-East Asia because the majority of cases we are seeing are being brought home,” Dr Sheppeard said.
“NSW already has record immunisation rates but the community is not fully covered and measles is highly contagious.” 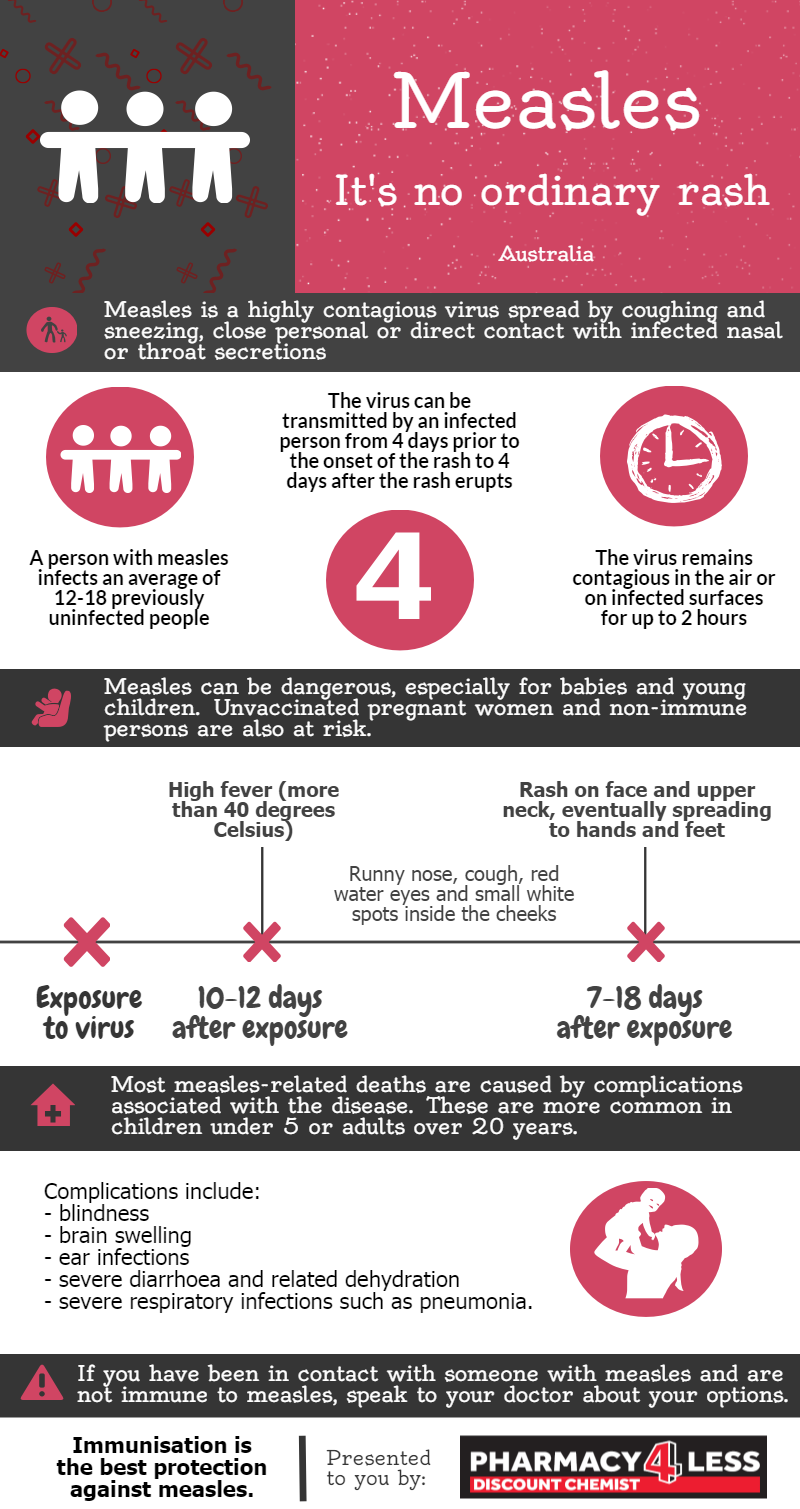 Not sure? Better safe than sorry

Dr Sheppeard also encouraged people to get a top-up jab if they were unsure of their vaccination status.

“If you’re not sure if you have had two doses of measles vaccine which provides lifelong protection in 99 out of 100 people, it is safe to get another jab, particularly if you’re heading overseas.”
Dr Sheppeard explained that preventive injections can also be given to highly-susceptible people up to six days after exposure to measles.
If you have questions or concerns, contact your local public health unit for advice on 1300 066 055.
Share