We all know baby poo can be unpredictable, explosive and super stinky. Turns out it’s also a mine of information, with a new study revealing that it can indicate just how smart your little tot will be. Who would’ve thought?!

A search beyond the stink

Published in Biological Psychiatry in June, a team from the University of Carolina’s (UNC) School of Medicine set out to find if a baby’s gut microbiome could be an indicator of their cognitive abilities in the near future. Microbiomes are tiny microorganisms or bacterial worlds that live in various places inside our bodies to help, harm and influence our lives often without us even realising. Weird right? 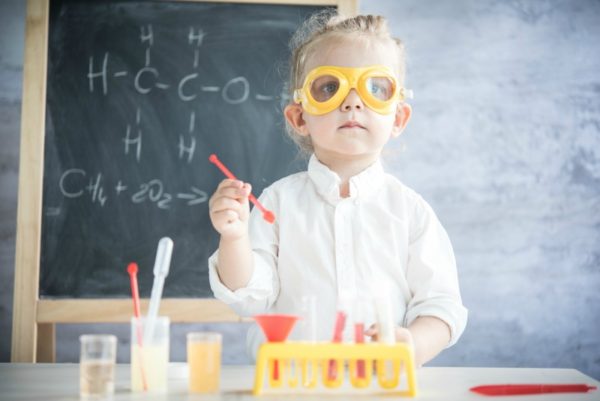 Poo can tell us how smart babies will be – amazing!

A year later the same infants were then given a basic cognitive test to showcase motor skills, language and the ability to perceive things; in order to work out roughly how smart they were. The first Bacteroides cluster by far outperformed the others, with the lowest scoring group being Faecalibacterium. Interestingly, those with more diverse gut microbiomes in their poo didn’t do as well as those with fewer bacterial worlds.

“We had originally predicted that children with highly diverse microbiomes would perform better – since other studies have shown that low diversity in infancy is associated with negative health outcomes, including type 1 diabetes and asthma,” said associate professor of psychiatry and coordinating author of the study, Rebecca Knickmeyer, in a recent statement.

So what does it mean?

Unfortunately the scientists weren’t able to work out exactly what the bacteria are doing in order to influence the brain in this way, or what kind of diet is responsible for the different microbiomes that help make babies smarter. They did also take into account other external links among the poo clusters such as ethnicity, having older siblings, duration of breastfeeding and how the baby was born.

Further studies are required (involving a lot more poo of course), but it’s an interesting find for sure and adds weight to the theory that our gut and brains are not only linked, but also that our microbe-filled bodies are also not entirely our own. Freaky!

Got any great baby poo stories of your own to share?