A mum has taken umbrage over a familiar sight – a personal trainer using her local playground as a gym for a private client.

Whose playground is it?

Writing on popular parenting forum Mumsnet, the woman says she was taking her son to the playground when she encountered the sporty type and that he was working out with a client in the middle of the play area.

“I looked around and couldn’t see a buggy nearby, so it wasn’t a new mum trying to get back in shape,” the woman writes. “He had left a kettle bell lying around right by the entrance to the park where it could easily be tripped over.”

The mum says that was not the only danger lurking during the workout.

“I watched crossly for a while until they got one of those plastic sports skipping ropes out – those things whip through the air and could have really hurt a child if it caught them,” she explained, noting that she very decisively asked the pair to leave at this point. “My mum is an influencer. I am sick of being a part of it.”

Hang your heads, mums and dads: Parents are officially the WORST drivers

“No one else has ever complained”

What happened next? Well, the trainer was not so thrilled.

“The trainer got very defensive,” she said. “Said he uses the playground a few times a week and no-one else has ever complained.”

“He likes the soft rubber flooring and using some of the kids play equipment for his sessions. He then said he wasn’t endangering any children (he shut up when I pointed out the kettlebell lying around) and that the other mums there at the time didn’t mind. Eventually, they left.”

The mum wondered if she was “precious” to get cross about this, or if it’s fair enough. She notes that there is an outdoor gym area a little further away, which the pair had chosen not to use. 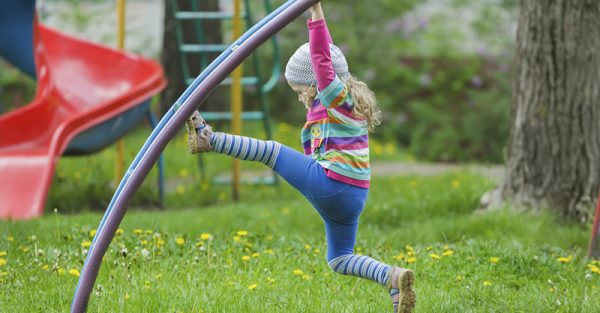 Others weighed in with their opinions and many thought this mum had a point.

“Completely agree with you, it’s for the kids, not his personal workspace,” one mum wrote in response.

“They need specific insurances and (in my area) permission from the council,” someone else declared.

“He shouldn’t be there,” another commenter asserted. “These parks are designed for children often under 12s not for personal trainers looking for free real estate.”

But others had a different perspective …

“A guy uses our local playground to work out,” one mum wrote. “He uses the monkey bars to do stomach crunches. He also works out a lot with his top off. I don’t have a problem with it …” #LOL